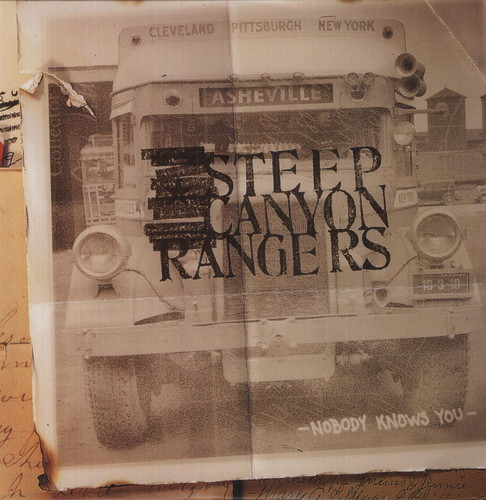 The Steep Canyon Rangers have come a long way since their days as a favorite campus band at the University of North Carolina in Chapel Hill. They've been Steve Martin's backup band since 2009, which introduced them to a national, and Non-Bluegrass, audience and earned them a Grammy nomination for their collaboration with Martin on his Rare Bird Alert album, to which they also contributed three songs. On their Rounder debut, the band continue to challenge their fans with 11 new tunes that show off their growing playing and songwriting skills. They're still a Bluegrass band, but most of the songs here have a feel that owes as much to Pop, Folk, and singer/songwriter impulses as they do to Bluegrass. They break out of the usual melodic structures of Bluegrass for something that's between Newgrass and Pop. The set opens with the title track, which sounds like a Country/Pop hit, albeit played acoustically with Graham Sharp's clattering banjo and Nicky Sanders' wailing fiddle supporting Woody Platt's expressive lead vocal.