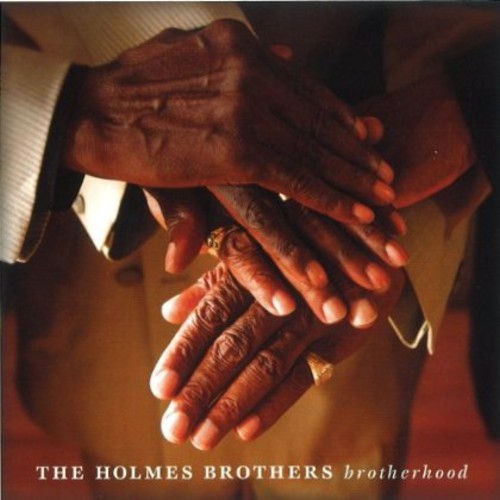 The band's new Alligator Records album, BROTHERHOOD, is another stellar chapter in The Holmes Brothers' storied and still-evolving history. It's also their most bluesy album to date, filled with roadhouse wisdom, late-night doo wop, proto rock 'n' roll punch, soulful R&B and closing with an amazing dose of Sunday morning spirit. Featuring fourteen songs including eight new Holmes Brothers originals and six carefully-chosen covers BROTHERHOOD finds The Holmes Brothers at the absolute top of their game, creating timeless roots music. From the rocking Wendell original ''Stayed At The Party,'' to the sweet harmonies of Ted Hawkins' ''I Gave Up All I Had,'' to Sherman's soulful composition ''Passing Through,'' to the doo wop splendor of Popsy's vocals on the Stax classic ''My Kind Of Girl,'' to Wendell's gorgeous duet with his daughter Felicia on ''Loving You From Afar,'' to the final note of the band's most requested song and a highlight of each and every live performance the soul-stirring ''Amazing Grace,'' BROTHERHOOD is a testament to the uplifting musical power that comes from the close-knit, fraternally telepathic relationship of The Holmes Brothers. ''As much as I love all of our albums, this is among my favorites,'' says Wendell. ''We worked hard. We tried for a live, loose feel and we got it.''

All of The Holmes Brothers' musical gifts are displayed in full force on BROTHERHOOD. With their deeply soulful singing, uplifting harmonies and unsurpassed musicianship, The Holmes Brothers' ability to deliver gospel fervor and raw blues intensity is as legendary as their ability to bring audiences to their feet. The band is eager to bring their new release to the stage. ''We re looking forward to exposing the new songs to our fans, and bringing new fans to our songs,'' says Wendell. ''If you stay ready, you don't have to get ready, and The Holmes Brothers are always ready.''