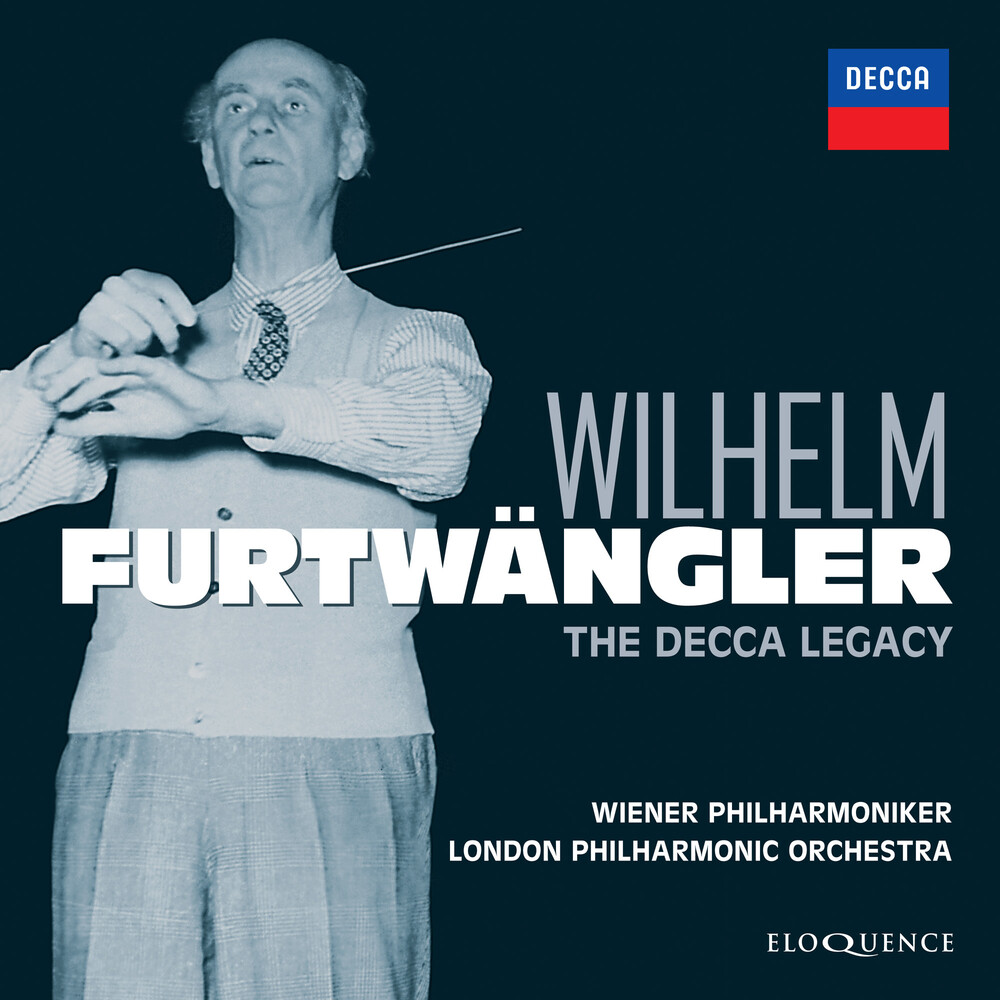 Two legendary studio recordings and a 1951 concert from Munich: the small but precious Decca legacy of the 20th century's greatest recreative conductor, Wilhelm FurtwĂ¤ngler. While the performances of Wilhelm FurtwĂ¤ngler issued by Decca have been made available in small and large compilations, they have never been issued in this convenient format. They include a 1948 studio account of Brahms's Second Symphony with the London Philharmonic, a Vienna Philharmonic studio recording of Franck's Symphony from 1951, and finally a complete concert which the VPO gave with FurtwĂ¤ngler in Munich on tour, playing Beethoven's Coriolan Overture, Schumann's First and Bruckner's Fourth Symphonies. Each recording is precious in it's way. First issued by Decca in it's Eclipse LP series, the Bruckner makes a fascinating comparison with a performance given by the VPO and FurtwĂ¤ngler a week earlier in Stuttgart, widely available, but the Schumann First is unique within the conductor's discography: majestic and superbly built, as one would expect, but not without the fiery impetus belonging to a work which the composer had written in less than a week. While FurtwĂ¤ngler was more at home in concert than the studio, he knew and appreciated the value of recordings, and cultivated good relationships with broadcast engineers in Berlin. The Decca team found him harder to deal with, but the Brahms Second from Kingsway Hall remains a characteristic example of his art, more muted than his other readings but flowing and lyrical throughout. The Franck, meanwhile, is even more marked by inspirational rubato, a quality now appreciated once again in performances of late-Romantic music. With a new essay by Rob Cowan on the context and qualities of these superb interpretations, this new Eloquence set is a definitive collection of FurtwĂ¤ngler's Decca legacy.
back to top