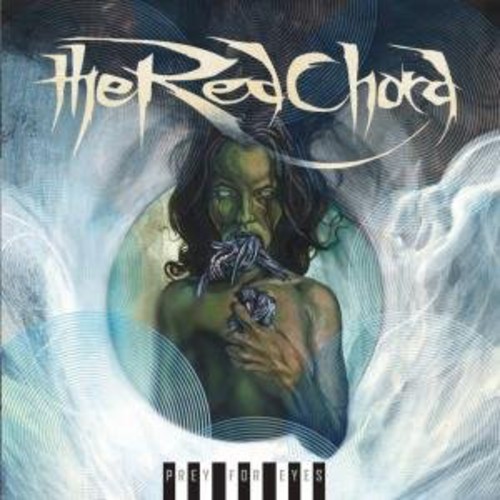 The Red Chord made a giant leap from their debut release FUSED TOGETHER IN REVOLVING DOORS to 2005's CLIENTS, a leap that found the band moving from tiny clubs to the world's biggest metal stage as part of Ozzfest 2006. Fortunately the change in venue has not changed the Red Chord's core ethos of creating a highly disturbing, thought provoking grind/metal hybrid. PREY FOR EYES picks up where CLIENTS left off, taking the band's brand of sonic mayhem to another label. However, unlike CLIENTS, PREY FOR EYES is not a concept album. Inspired by actual people, events, dreams, books and loads of random thoughts, PREY FOR EYES lyrically contains more twists and turns all over the map, loaded with more imagination and curveballs than you can shake a stick at.

The Red Chord are on the road almost constantly'"death metal tours with Cannibal Corpse, with hardcore legends Converge, on Ozzfest, with anyone who'll take them it seems. Between all that touring and the writing and recording of the new Red Chord album Prey for Eyes, vocalist Guy Kozowyk finds the time to run Black Market Activities. BMA's got a name guaranteed to get you on a government watchlist and more than a few worthwhile bands. Ed Gein, from Syracuse, do math metal with an authentic backwoods-psycho atmosphere on Judas Goats and Diesel Eaters. Engineer haven't released their BMA debut yet, but in the meantime Reproach will make fans of the Melvins and Midwestern noise rock happy. Behold' the Arctopus live at the outer limits of prog metal, writing impossibly technical instrumental freakouts that demand to be collected under titles like Nano-Nucleonic Cyborg Summoning. The Red Chord themselves have wrapped Prey for Eyes in detailed artwork from Paul Romano and unveiled a couple of new songs as vicious as anything on predecessor Clients'"of course, by playing them live. They never stop.
This website uses cookies to personalize content and analyse traffic in order to offer you a better experience.
I accept Learn More
back to top