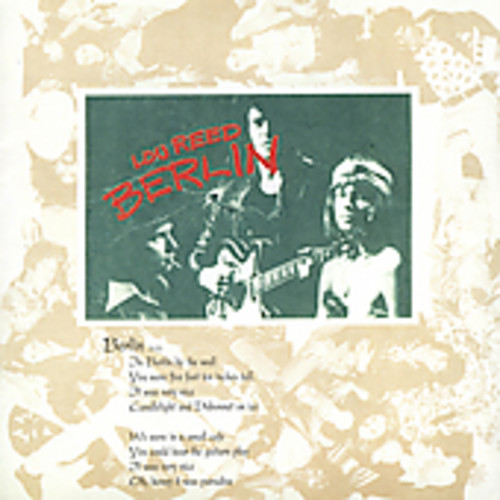 Lou went for Baroque on his third solo album, singing about such light subjects as suicide and drug abuse over grandiose Bob Ezrin production. 10-tracks. Sony.

''Berlin'' is a 1973 album by Lou Reed, his third solo album and the follow-up to ''Transformer''. In 2003, the album was ranked number 344 on ''Rolling Stone'' magazine's list of the 500 greatest albums of all time, though the publication called the album a "disaster" 30 years prior. - Wikipedia