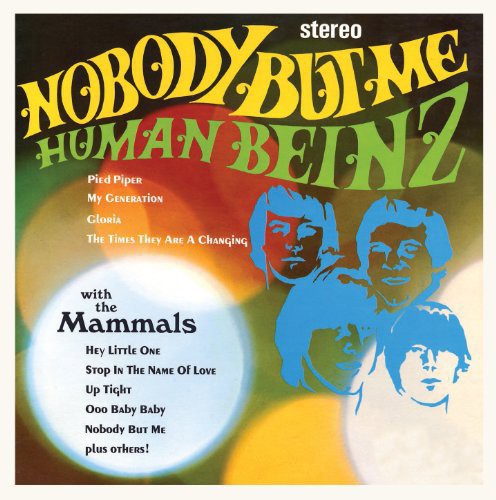 The Human Beinz were a rock band from Youngstown Ohio who are most famous for their soul rock tune 'Nobody But Me' which peaked at #8 on the Billboard Hot 100 in 1968. The iconic tune has been featured in many films (THE DEPARTED, KILL BILL) and television (THE OFFICE) This album, originally released on the Gateway label, features 5 tunes from the Human Beinz along with six songs from Pittsburgh based band The Mammals. The version of 'Nobody But Me' on this album was cut before the version that hit the Top 100.
back to top