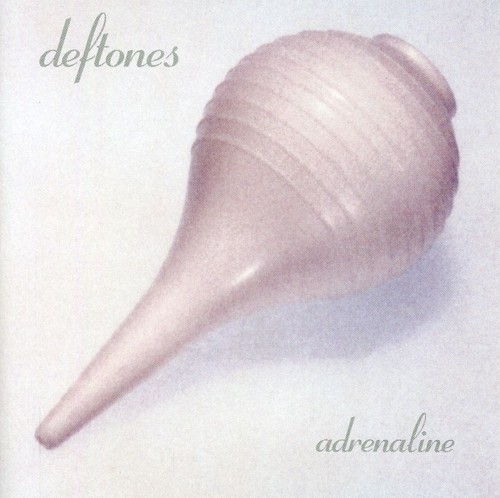 ''Adrenaline'' is the debut album by Deftones, released in 1995 through Maverick Records. The hidden track on the album, "Fist", was produced by Ross Robinson while the rest of album is produced by Terry Date. It was originally titled ''Communion'' and some promotional copies did get out, before ''Adrenaline'' became the name of choice. "Bored" and "7 Words" were released as singles. The album's cover art depicts a baby aspirator. The song "Engine No. 9" has been covered by Korn, Live, and Suicide Silence and is featured in the film ''Law Abiding Citizen''. - Wikipedia