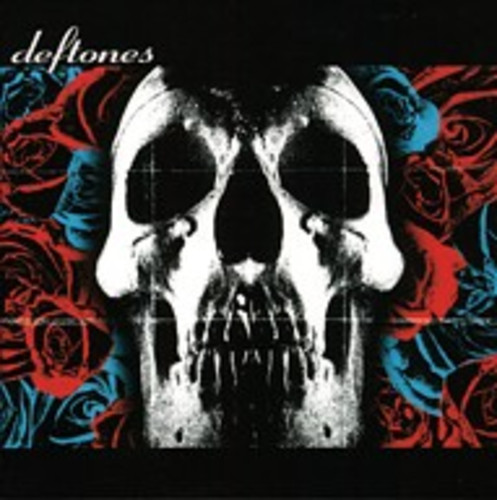 ''Deftones'' is the fourth album by Deftones. It was released on May 20, 2003 through Maverick Records.

Originally to be titled ''Lovers'', singer Chino Moreno decided not to use this title because he thought of it as too obvious to the context of the album. The song "Lovers" does however exist on the UK single for "Hexagram" as a B-side. This album sold 167,000 copies in its first week of release in Americaand went on to sell over 500,000 copies in the U.S.

The album itself is quite eclectic, with songs spanning many different genres and ideas. The album had a much different feel from prior efforts, due in part to Frank Delgado leaving his turntables behind and instead playing keyboards and synthesizers. "Hexagram", "When Girls Telephone Boys", and "Bloody Cape" are extremely heavy songs that make extensive use of the band's low G# tuning. "Lucky You" is a dark trip hop-influenced piece featuring DJ Crook from Moreno's other band, Team Sleep. The mournful "Anniversary of an Uninteresting Event" features a grand piano and a toy piano. "Battle-axe" was featured in the ''Ghost Recon Advanced Warfighter 2'' game. - Wikipedia