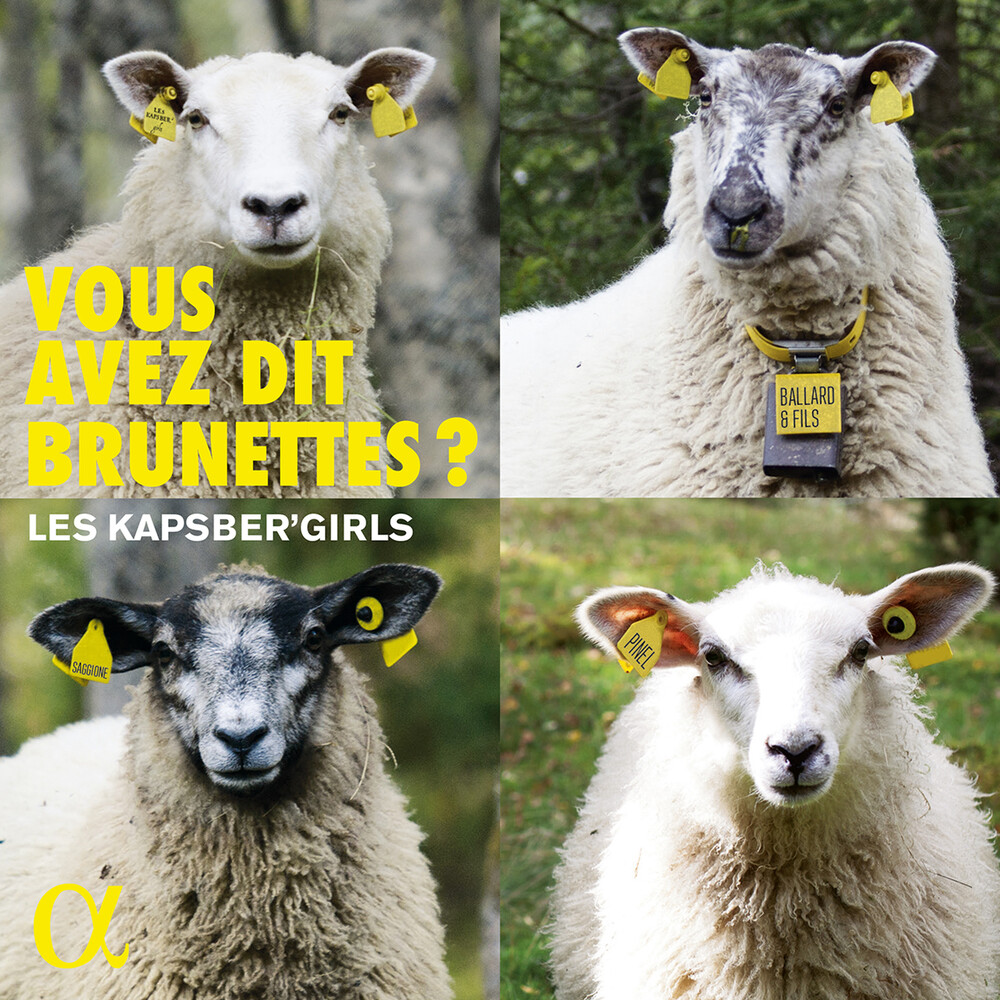 Les Kapsber'girls, an ensemble of four singers and instrumentalists directed by the lutenist Albane Imbs, has already released it's debut album (Che fai tù?, released on Muso) which received several awards. The group now joins Alpha for several recordings, starting with Vous avez dit Brunettes? - 'brunettes' being the name of the chansons that lovers crooned in each others' ears by the Bassin d'Apollon or among the groves of the Petit Trianon at Versailles Palace, undeniably light in character yet powerfully authentic. Seventeenth-century France was home to a host of artists whose talent served the nobility and the bourgeoisie, who were extremely partial to these airs. Performing them as vocal solos or duets with lute or viol, Les Kapsber'girls bring back to life, more than three centuries later, these works published by Ballard & Fils, printers to the Sun King, alongside such little-known composers as Julie Pinel and Giuseppe Saggione.