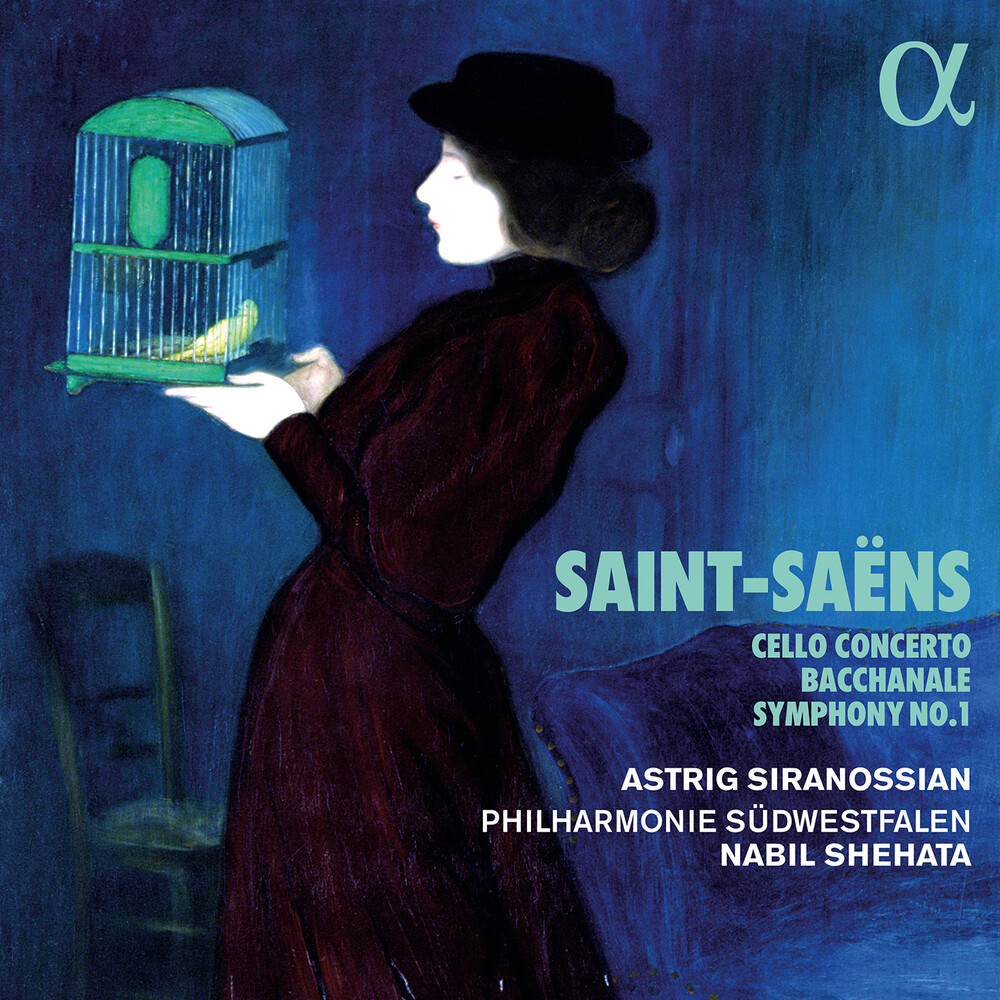 The year 2021 marks the centenary of the death of Camille Saint-SaĂ«ns, the French pianist, organist, critic and great Romantic composer. The cellist Astrig Siranossian, whose tribute album to Nadia Boulanger (Dear Mademoiselle, ALPHA635) recently attracted considerable attention, plays the first of his two cello concertos, composed in 1872, notable for the fact that it comprises a single movement in three sections, and for the thunderous irruption of the cello right at the start. She is accompanied by the Philharmonie SĂĽdwestfalen and it's conductor Nabil Shehata, who is also an eminent double bass player - the principal of the Berlin Philharmonic in the 2000s - and deeply committed to Daniel Barenboim's West-Eastern Divan Orchestra, of which Astrig is also a member. The tribute continues with Saint-SaĂ«ns's Symphony no.1 (one of five he wrote), composed when he was only eighteen. The famous Bacchanale, an oriental-flavoured dance from Act Three of his opera Samson et Dalila, completes the program.
back to top