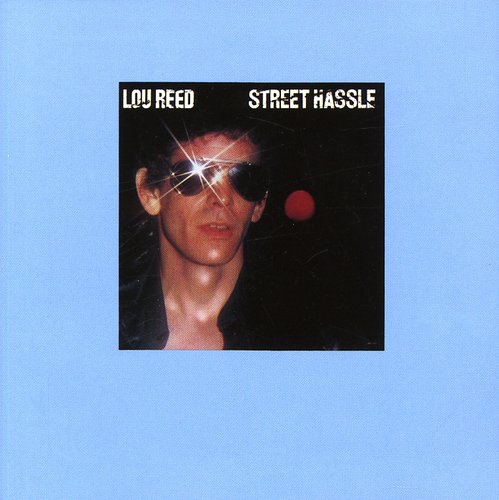 Out of print in the U.S.! UK CD pressing of this 1978 album from the former Velvet Underground member and Rock 'n' Roll icon. Street Hassle has been referred to as 'the angrier, younger sibling to Reed's eloquent, mature New York', which was released over a decade later, and was also cited as his most creative since '73's Berlin. An album teeming with the lyrical hell of drug addicts and desperate misfits, Street Hassle does possess elements of Reed's pitch-black humor. "Gimme Some Good Times" playfully samples "Sweet Jane", and Reed sings the strangely sunny words of "Real Good Time Together" against a morbid wash of distorted guitar effects and vocals. A mix of New York studio recordings and fine live performances recorded in West Germany, Street Hassle is a curious and compelling coda to Reed's tumultuous and ever-changing '70s work. Bruce Springsteen makes an uncredited spoken-word appearance in the last movement of the album's title track. Sony/BMG.
back to top