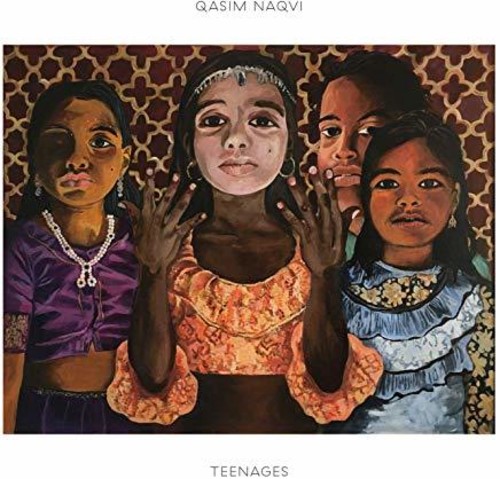 Pakistani-American composer Qasim Naqvi will release his debut album for Erased Tapes on May 3rd. 'Teenages captures the sound of electronics living, breathing and mutating of their own accord almost autonomously with only subtle, sparing but perfectly-judged and masterful guidance. This album is one singular synergy between Qasim and his machine within a broader milieu of sound, also explored by contemporaries Sarah Davachi, Alessandro Cortini, Caterina Barbieri and also the forefather, Morton Subotnick. At points tonal, textural and rhythmic, over six evolving and growing audio organisms, the album flourishes upwards in stages, from initial micro-sonics to something bigger, brighter and anthemic. This is Naqvis first non-soundtrack release, having previously established himself as a renowned composer for dance, theatre, film and installation-based art, not to mention his role as drummer in lauded trio Dawn of Midi. According to Naqvi, my past releases like Chronology, Preamble, Fjoloy and Film were made to accompany visual mediums. The music was always written to enhance another form. Teenages is the first album with it's own motivating force. It's a live multi movement work that I recorded for myself.