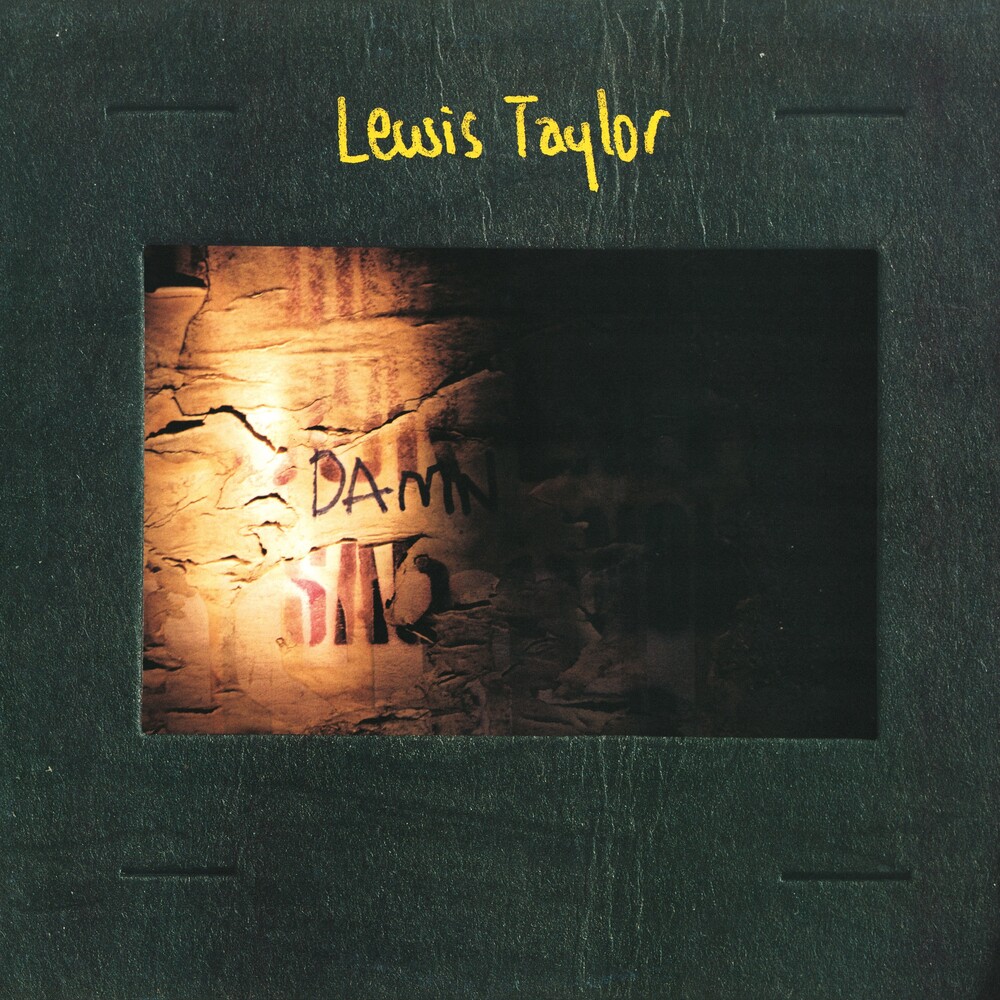 D'Angelo lost his shit over it. Aaliyah's 3rd favourite track of all time is on it. David Bowie rocked up with it to a TV interview, declaring it "the most exciting sound of contemporary soul music". In 1996, Lewis Taylor released his self-titled masterpiece. A true modern classic, it's an album that was years ahead of it's time. Forget 25 years ago, it could easily have been made in 2021. An effortless blend of neo-soul, sophisticated pop, smart grooves and laid-back white funk, it enjoyed rapturous reviews from critics and music legends alike. But the album never managed to make an impact and given what was likely a token vinyl release at the time, the original records have long since been near-impossible to find. Lewis Taylor's Lewis Taylor remains a holy relic for some and criminally unknown to most. Lewis Taylor's impeccable influences created a dazzling sonic palette: the LP as a whole suggests the visionary brilliance of Prince; the vocal stylings evoke the yearning power of Marvin Gaye; the effortless guitar playing shares the virtuosity of Jimi Hendrix; the haunting tones conjure Tricky; the innovative production and engineering invite comparisons to studio mavericks like Todd Rundgren and Brian Eno; the multi-layered, complex harmonies flash on Pet Sounds-era Brian Wilson; the dark, drama is reminiscent of both Scott Walker and Stevie Wonder; the complex arrangements create textures and moods with the feel of Shuggie Otis on Inspiration Information; the bold experimentation is akin to progressive artists like Faust and Tangerine Dream; the atmosphere is in conversation with Jeff Buckley's Grace... and we could go on. That might all sound like marketing hyperbole, but not as far as Be With is concerned. It is a genuine wonder how an album this good could've passed so many people by. But despite all the reference points, the similarities are really only skin-deep because the album sounds truly original. It occupies it's own distinct, strange universe that feels dark and brooding one moment, bright and joyous the next. Ultimately, Taylor sounds like Taylor. Although you wouldn't know it from the credits, the album wasn't the work of Lewis alone. Sabina Smyth gets an executive producer credit on the original sleeve, but in fact she worked with Lewis on the production and arrangements, did a lot of the backing vocals and she co-wrote Track, Song, Lucky and Damn with Lewis. Lewis clarified all this in a Soul Jones interview with Dan Dodds in 2016. He explains how not giving Sabina the credit she was due at the time was an unfortunate consequence of where his head was at and he's now trying to set the record straight.
This website uses cookies to personalize content and analyse traffic in order to offer you a better experience.
I accept Learn More
back to top