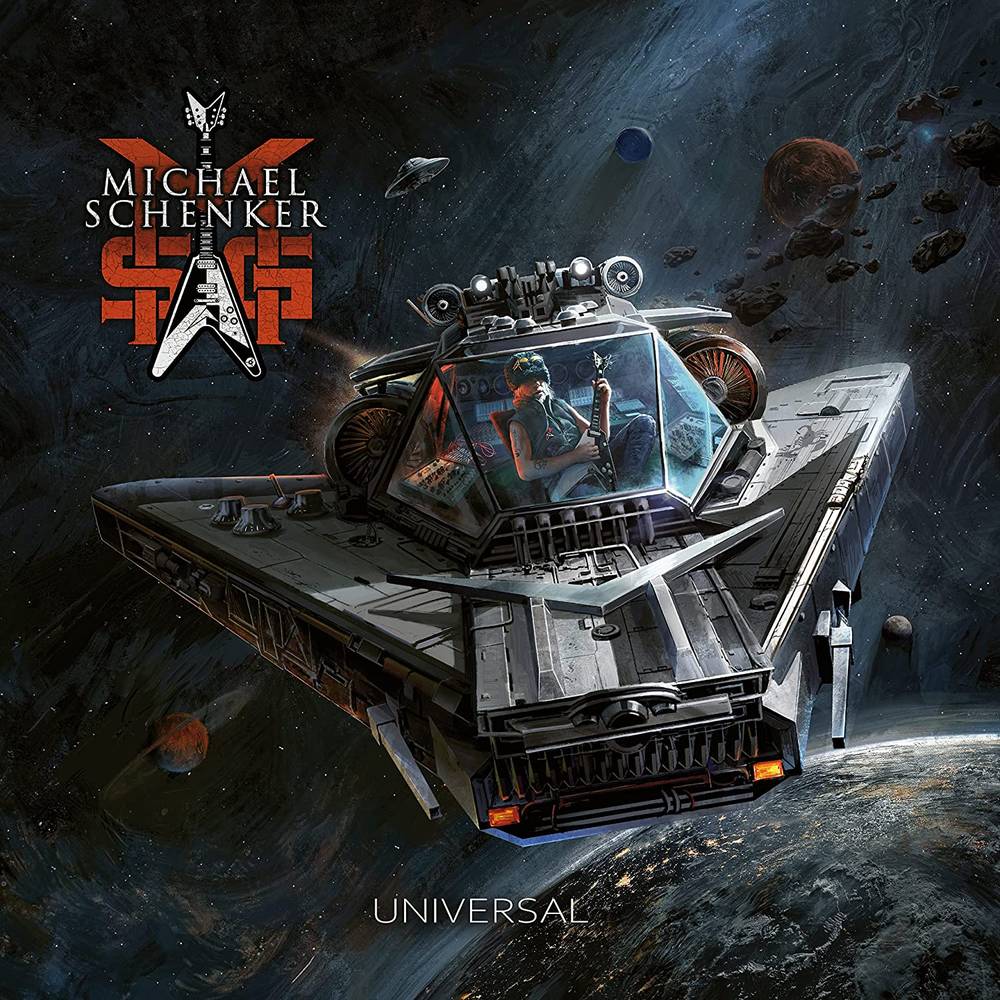 Universal Blue/White/Black Marbled Limited - Michael Schenker - There are few rock guitarists on this planet who have had such a lasting influence on so many renowned musicians as Michael Schenker. With his outstandingly fluid style, inexhaustible wealth of ideas and instinctive feel for hooks and melodies, Michael Schenker is a living legend who, despite his longstanding and distinguished history, still impresses with his unflagging energy and drive. The blond axeman from Sarstedt began his international career in the early 1970s with the Scorpions, achieved worldwide fame after joining British rock group U.F.O. and then seamlessly continued his exceptional global success story under his own name, as well as with acts such as Michael Schenker Group (MSG for short), Temple Of Rock and Michael Schenker Fest. His newest album Universal will feature all the strengths of this exceptional musician: first-rate songs with anthemic melodies, catchy guitar riffs and inspiring solos. Like it's predecessor Immortal (2019), Universal was produced by Michael Schenker and Michael Voss (Lessmann/Voss, Mad Max) at Voss's Kidroom Studio. As we have come to expect from him, Schenker has once again enlisted a number of prestigious fellow musicians for the recording of his new studio production, among them, as main vocalist, Ronnie Romero (Rainbow, Vandenberg), who will also be MSG's frontman on their upcoming tour, Michael Kiske (Helloween), Ralf Scheepers (Primal Fear) and Graham Bonnet (ex-Rainbow), drummers Simon Phillips (Toto, The Who), Brian Tichy (Whitesnake, Foreigner), Bobby Rondinelli (Rainbow, Blue Öyster Cult) and Bodo Schopf (Eloy), as well as legendary bassists Bob Daisley (Black Sabbath), Barry Sparks (Malmsteen, Dokken) and Barend Courbois (Blind Guardian, Zakk Wylde), with Tony Carey as a very special guest. Compositional highlights abound on Universal, from the haunting opener 'Emergency' and the subsequent 'Under Attack' with it's casually driving groove to 'The Universe', featuring an atmospheric duet by Ronnie Romero and Gary Barden, 'Wrecking Ball', performed as brilliantly as ever by Ralf Scheepers, and 'London Calling' with it's homage to the British capital's musical spirit. The rock anthem 'A King Has Gone' and it's intro 'Calling Baal' both have a special significance: The track, sung by Helloween frontman Michael Kiske, is a tribute to the immortal Ronnie James Dio, already considered to be one of the most important and successful songs in Schenker's career to date, both musically and lyrically. No doubt about it: The title, artwork and new songs from Universal suit MSG as perfectly as his characteristic Flying V suits Michael Schenker!
This website uses cookies to personalize content and analyse traffic in order to offer you a better experience.
I accept Learn More
back to top