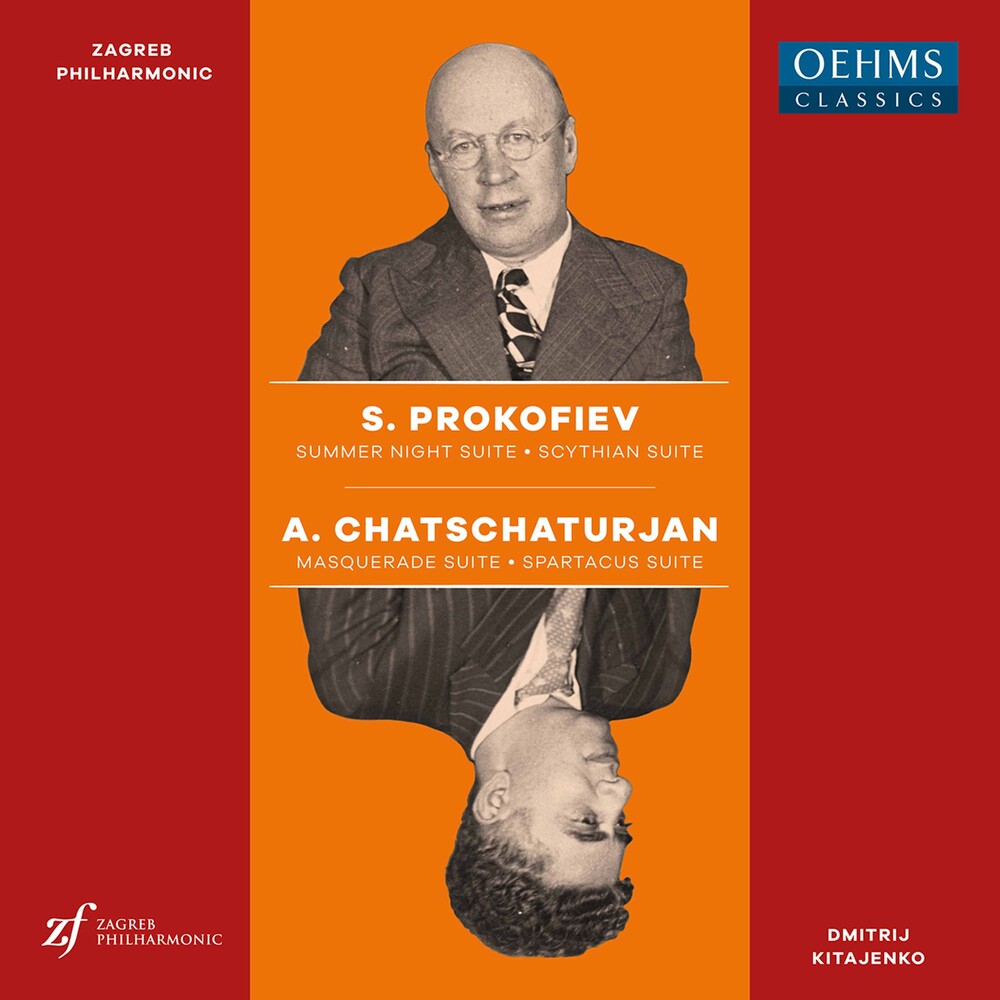 This recording brings together unique orchestral suites by the Soviet composer Sergei Prokofiev and the Soviet-Armenian composer Aram Khachaturian. Summer Night Suite is based on the music from Prokofiev's opera Betrothal in a Monastery and Scythian Suite was derived from his ballet Ala and Lolly. Aram Khachaturian wrote his Masquerade Suite in 1941 to accompany Mikhail Lermontov's play of the same name. His ballet Spartacus (1954) portrays the defeat the Romans by the hero Spartacus who leads an uprising of slaves. The suites present a range of moods and variety of melodic invention that are completely engaging. This is the Zagreb Philharmonic's third recording for the OehmsClassics label. Their recording of Glazunov's The Seasons, also under the direction of Dmitrij Kitajenko, received an ICMA nomination.