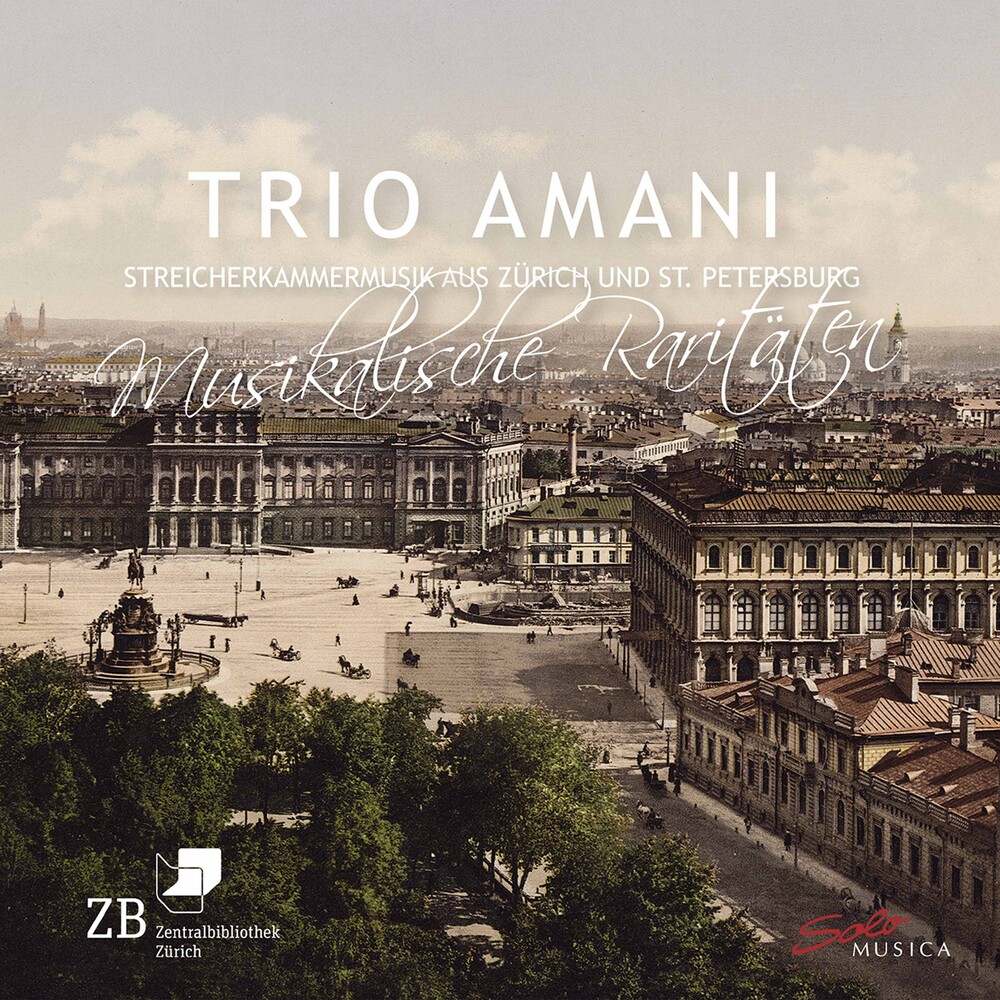 The trio was founded in 2017 by violinist Marina Yakovleva, her fellow-violinist and brother Mikhail Yakovlev and cellist Lev Sivkov. They chose the name "Trio Amani" in honor of the Russian composer Nikolay Amani (1872-1904), whose string trio they discovered in 2018 and premiered that year in Zurich. After a highly successful concert series, Marina, Mikhail and Lev invited violist Vahagn Aristakesyan to join them on the present recording of chamber music for strings in various scorings from Russia and Switzerland. The trio presented this programme in 2019 in a series of concerts in the composers' homelands. The repertoire of Trio Amani comprises a wide variety of compositions for various formations, from duo to piano quintet. The release will be released in the series "Musik aus der Zentralbibliothek Zürich". The Music Department was set up in 1971 and rapidly established itself as an academic collection of European status. Alongside large holdings of printed and recorded music, the Music Department is home to one of the world's largest collections of Wagneriana and now serves as a major repository of Swiss music manuscripts from the past 200 years.