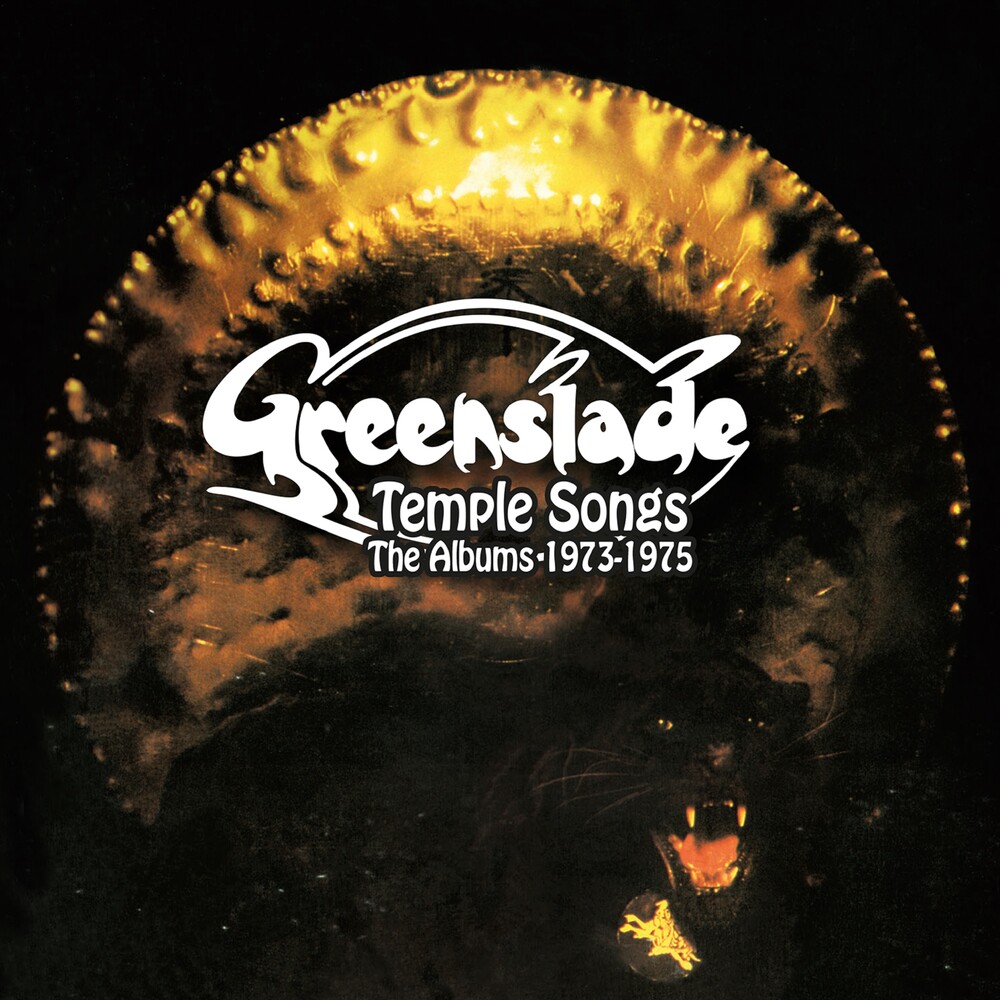 Esoteric Recordings is pleased to announce the release of Temple Songs - The Albums 1973 - 1975, a four-disc clamshell box set of the four albums released by the legendary band GREENSLADE between 1973 and 1975; Greenslade, Bedside Manners Are Extra, Spyglass Guest and Time and Tide. One of the most interesting and musically able bands of the 1970s, GREENSLADE formed in 1972 and featured a line-up comprising former COLOSSEUM members Dave Greenslade (keyboards) and Tony Reeves (bass) along with Dave Lawson (keyboards, vocals) and Andrew McCulloch (drums, percussion). The band came together following the demise of Colosseum and were distinguished by having two keyboard players. Greenslade's unique musical style set them aside from their Progressive Rock contemporaries of the era and the quartet of albums they issued between 1973 and 1975 were all of an excellent standard. The band's self-titled debut album was released in early 1973 and was an impressive musical statement featuring such material as "Feathered Friends", "Drowning Man", "Melange" and "Sundance". This album was followed at the end of the same year by Bedside Manners Are Extra, one of their finest works featuring the classic title track along with the excellent Pilgrim's Progress, Sunkissed You're Not and Time to Dream. 1974's Spyglass Guest saw Greenslade make an impression on the UK album charts and was another fine album with highlights such as Spirit of the Dance, Joie de Vivre, Melancholic Race and the band's interpretation of the Jack Bruce and Pete Brown classic Theme for an Imaginary Western. Greenslade's final album of the 1970s was Time and Tide, issued in May 1975. This album saw the departure of Tony Reeves who was replaced by Martin Briley on bass and guitar. Despite receiving critical acclaim for their live appearances and recorded work, the band split in 1976. Temple Songs - The Albums 1973 - 1975 is a fine collection of music by a truly original band.
back to top