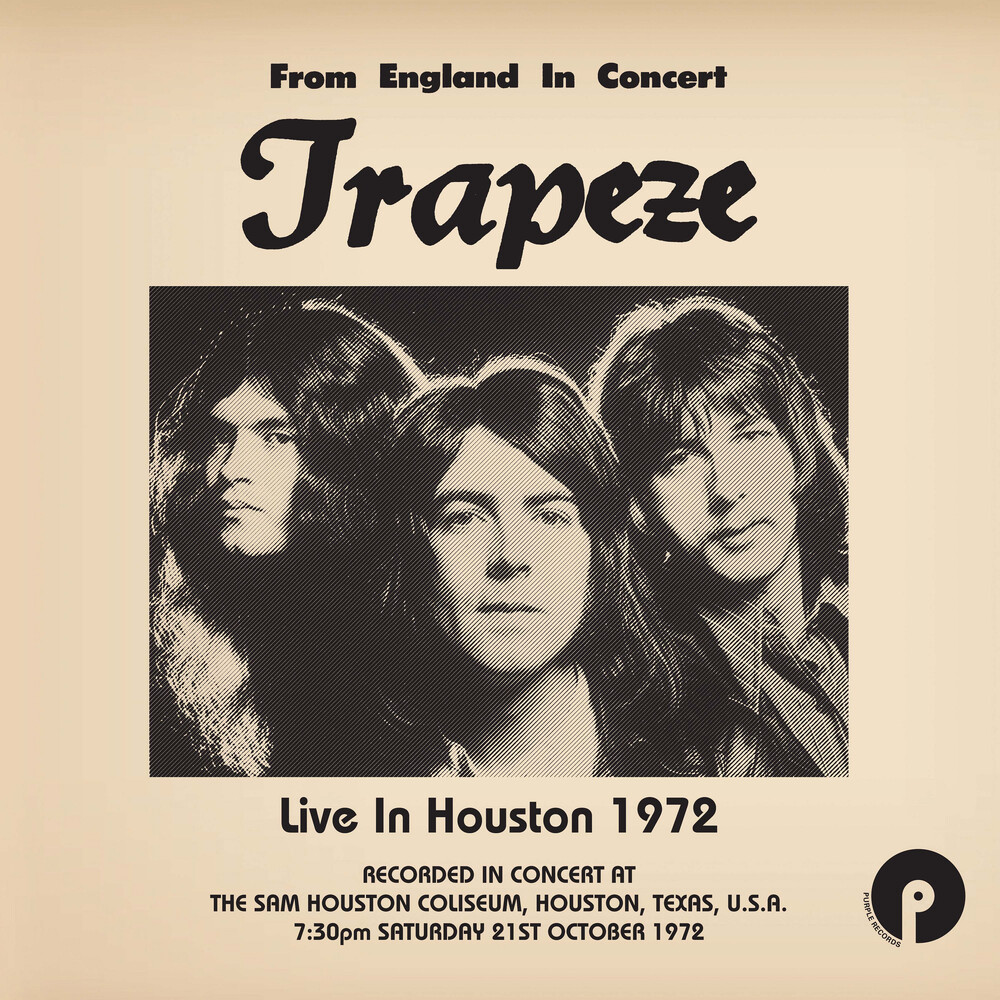 The core of Trapeze can be traced back to Midlands band Finders Keepers in the late 1960s, featuring future Whitesnake guitarist Mel Galley, future Judas Priest drummer Dave Holland and the mercurial talents of Glenn Hughes on bass and vocals. After being discovered by The Moody Blues, they were snapped up for their own label, Threshold Records. Trapeze would record three classic albums for Threshold; the self-titled "Trapeze" in May 1970, "Medusa" in November 1970 and "You Are The Music  We're Just The Band" in 1972. By the time of their second album, Trapeze had scaled down to the classic power trio of Galley, Holland and Hughes, finding their definitive sound with a unique blend of blues, soul and hard rock, earning them plenty of fans in America. One of Trapeze's major strongholds in the States was Texas, so we're lucky to be able to present a complete 1972 show from Houston recorded live in concert to promote their third record. Featuring 'Way Back To The Bone', 'You Are The Music' and 'Keepin' Time' from "You Are The Music  We're Just The Band", the remainder of the set was taken from second LP, "Medusa". This double live LP includes truly epic renditions of 'Jury', 'Seafull', 'Your Love Is Alright' and the title track of "Medusa". Glenn Hughes would leave Trapeze to join Deep Purple in 1973, with Mel Galley and Dave Holland carrying the Trapeze banner for the remainder of the 1970s, periodically reforming this classic three-piece line-up. Glenn would eventually form Hughes / Thrall, join Black Sabbath, enjoy a successful solo career, collaborate with artists as varied as Gary Moore, Joe Lynn Turner and the KLF, founding Black Country Communion and California Breed, and currently fronts The Dead Daisies.
back to top