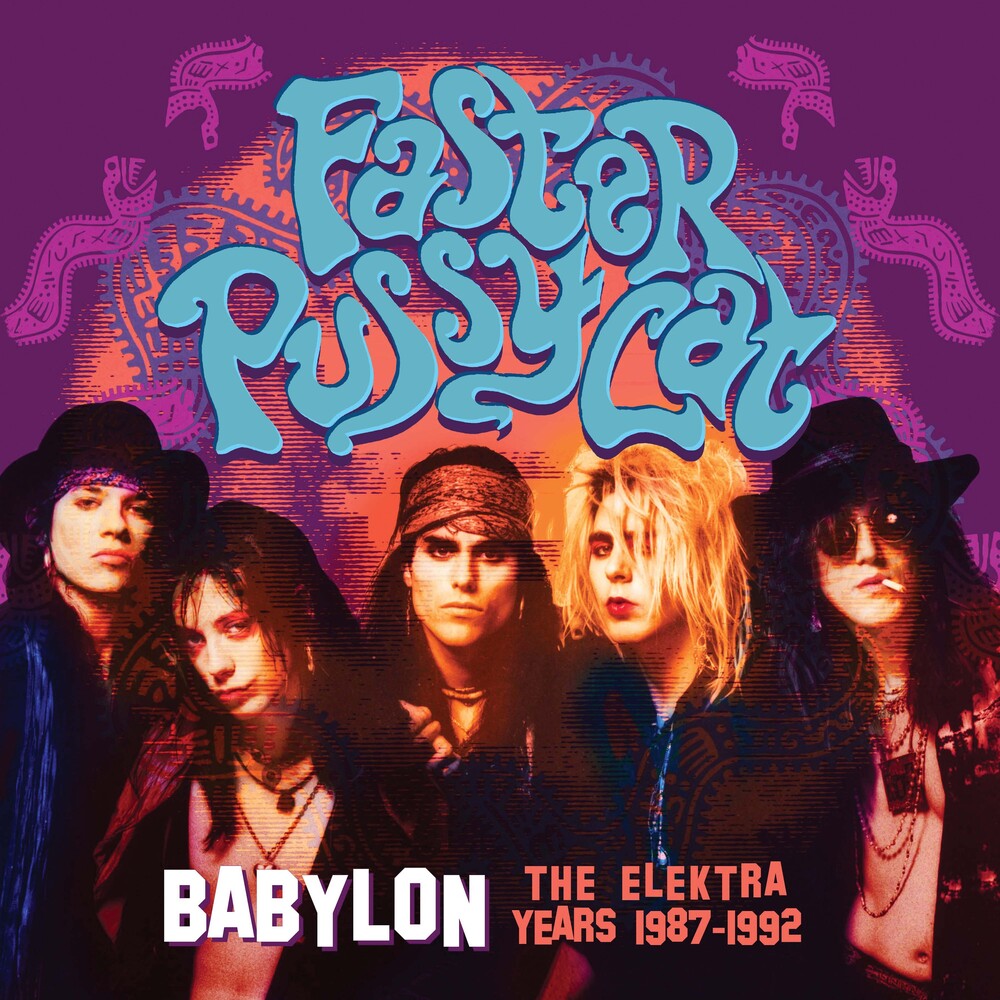 Forming in Hollywood, California in 1985, and taking their name from Russ Meyer's 1965 exploitation trash classic, Faster! Pussycat! Kill! Kill!, Taime Downe (lead vocals), Greg Steele (guitar), Brent Muscat (guitar), Eric Stacy (bass) and Mark Michals (drums) were in the right place at the right time with their brand of sleaze rock and glam metal. Signing to legendary record label Elektra, they released their self-titled debut on 7th July 1987 (two weeks ahead of Guns N' Roses' debut, 'Appetite For Destruction'). Becoming MTV favourites with videos for the songs 'Bathroom Wall' and 'Don't Change That Song', their fame and infamy was further propelled by appearing in the Penelope Spheeris film The Decline of Western Civilization part 2 - The Metal Years, with the band interviewed as well as performing 'Cathouse' and 'Bathroom Wall' on stage. In America the band toured with Alice Cooper, David Lee Roth and MotĂ¶rhead to promote the album. They reached a commercial peak in 1989 with second album, 'Wake Me When It's Over', which was swiftly awarded gold sales status. Featuring the singles 'House Of Pain' and 'Poison Ivy', 'Wake Me When It's Over' was marked by a heavier, less glam rock approach. They also recorded a cover of Carly Simon's 'You're So Vain' for the compilation album 'RubĂˇiyĂˇt', an album celebrating Elektra Records's 40th Anniversary. Led by the single 'Nonstop to Nowhere', 1992's self-explanatory 'Whipped!' fared well, but despite sold out tours, the rise of grunge was making many of Faster Pussycat's glam rock contemporaries look a little obsolete. The band called it a day in 1993. The band reformed in 2001, adopting a more industrial sound, favoured by singer Taime Downe, and continue to tour and record with various line-ups to the present
back to top