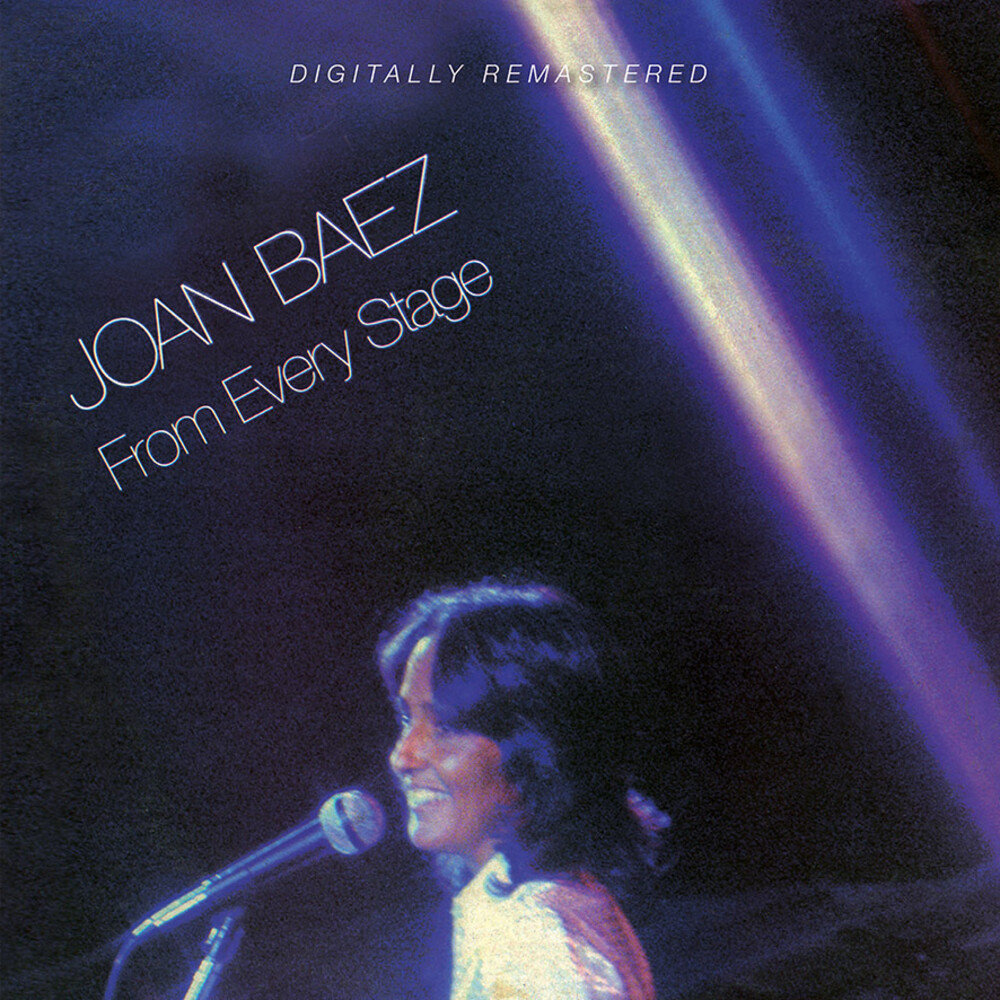 UK two CD set. From Every Stage is a live album recorded by Joan Baez on tour in the summer of 1975. The first half of the album was acoustic, with Baez accompanying herself on her guitar, while the second half features electric backup. Baez' recording of "Blowin' in the Wind" from this album was later included in the Forrest Gump soundtrack album.
back to top