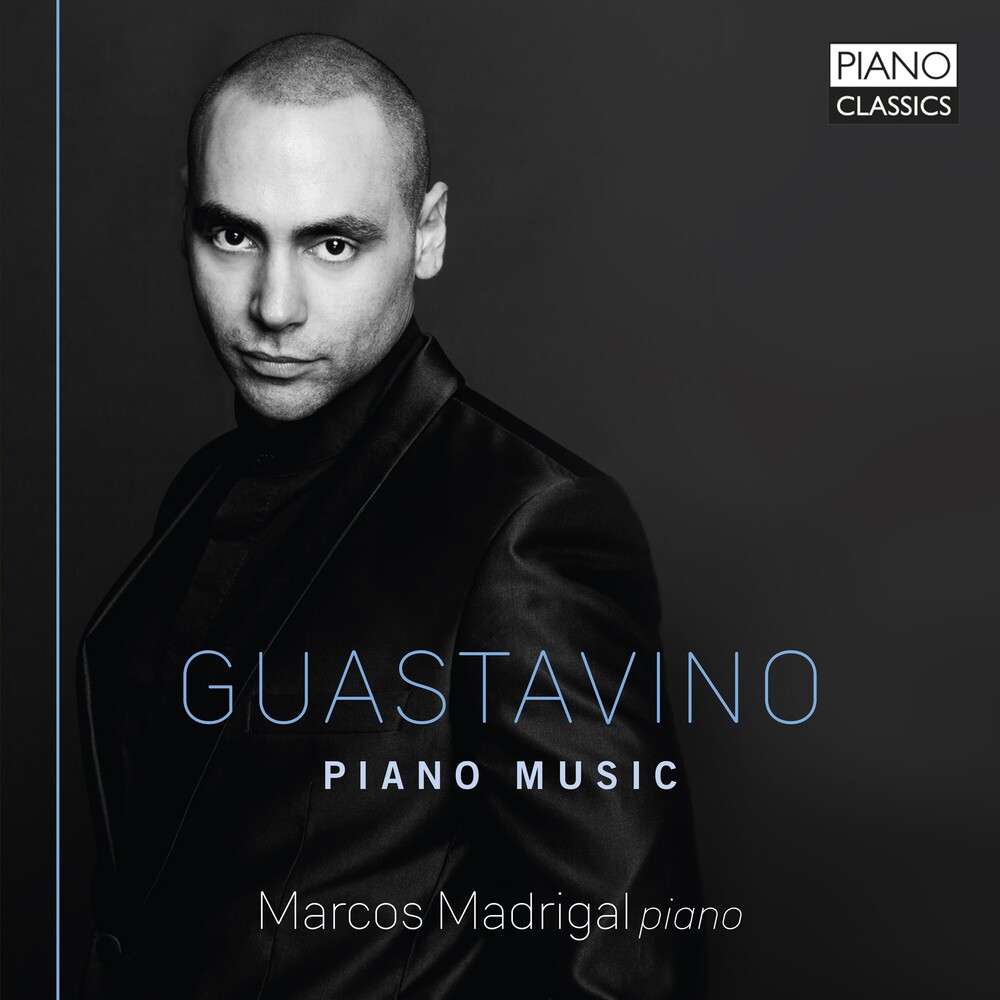 Born in 1984, Marcos Madrigal has been studying and absorbing the piano music of Carlos Guastavino ever since his Havana childhood. This album is the outcome of decades of affection distilled into a single album, which presents a personal but carefully curated journey through over half a century of fluent composition. Born and died in the Argentinian city of Santa Fe, hundreds of kilometers from Buenos Aires, Guastavino (1912-2000) spanned the decades of modernism with all it's tumultuous innovation, but his language, like most of his compatriot composers, remained rooted in the 19th century. However, while he refined his talent in both song and the piano miniature to capture a world within the space of a five-minute miniature, his idiom is not burdened by nostalgia or a regret for a lost time. Rather, Guastavino finds ever-ingenious ways to celebrate life in all it's richness, and perhaps this positive outlook in his music has helped it to travel far beyond his native land. He explores the sounds of his vast nation - the folksongs, the streets and the forests are all here - without undue reliance on picture-postcard naturalism any more than Spanish masters such as de Falla and Granados. The repertoire ranges from the early and well-known Bailecito (Little dance, 1940), to El Sampedrino (The Man from San Pedro, 1992), from his final decade, via two ten-piece cycles: Diez Cantinelas Argentinas (Ten Argentinian songs), composed in the 1950s, and Diez Cantos Populares (Ten folk songs), written in 1974 - all works that reveal Guastavino's sheer love of melody. Although his writing is never facile in terms of structure or harmony, these technical aspects are always placed in the service of a cantabile upper line that is always distinctive, catchy and clearly influenced by folk song.