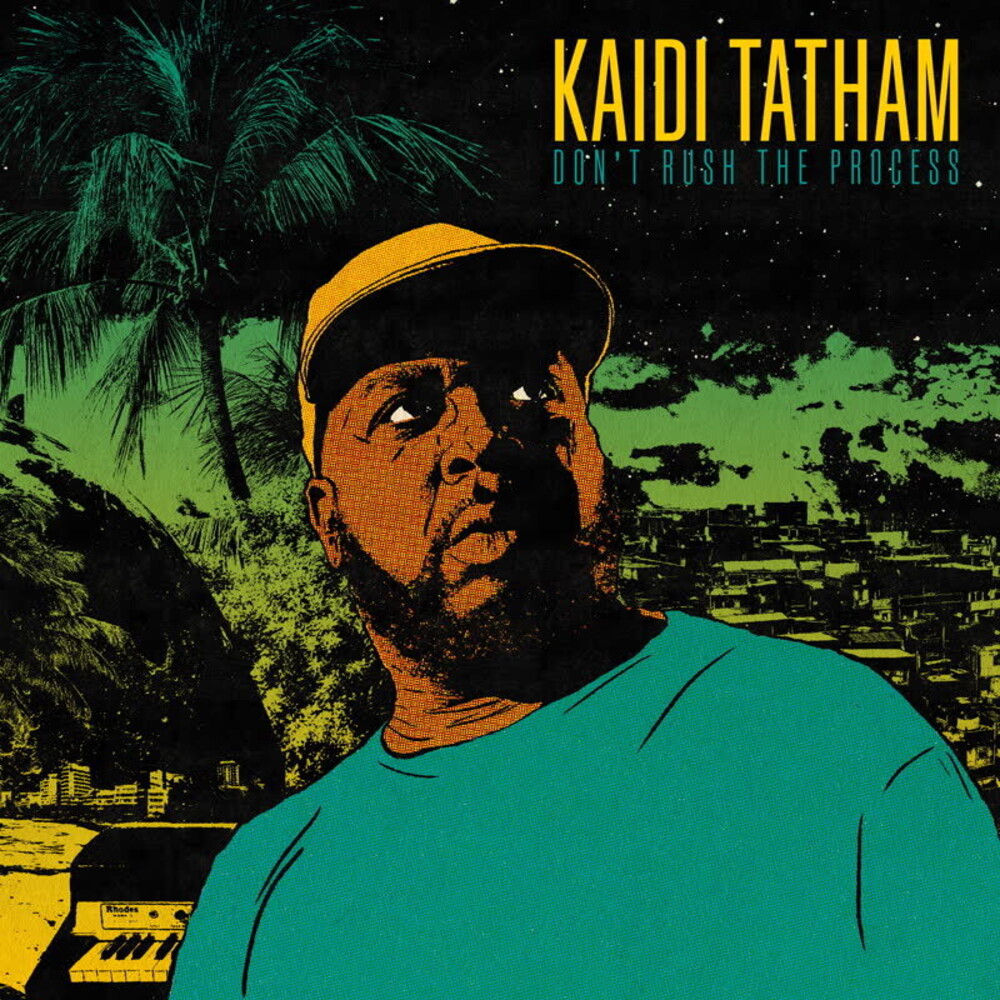 First Word Records is extremely proud to welcome back Kaidi Tatham, with a brand new 12-track album entitled 'Don't Rush The Process'.This is Kaidi's 4th solo album under his own name, following on from 'An Insight To All Minds' (2021), 'It's A World Before You' (2018), and 'In Search Of Hope' (re-pressed in 2020), all released on First Word, along with several EPs from 2017 onwards.To bring you up to speed, Kaidi Tatham is a legendary multi-instrumentalist born in the Midlands and based in Belfast. Once dubbed the UK's Herbie Hancock by Benji B, he's a virtuoso on the keys and a true innovator in sound production as one of the original creators of the Broken Beat sound. Over the years his musical prowess has blessed numerous projects, recently with the likes of DJ Jazzy Jeff, Andrew Ashong and with longtime accomplice, Dego. This in addition to session and remix work for artists such as Mulatu Astatke, Slum Village, Marcos Valle, Amy Winehouse, Soul II Soul, Nubya Garcia, Rosie Frater-Taylor and Leroy Burgess, along with First Word label mates Eric Lau, Children of Zeus, Allysha Joy and Darkhouse Family. Kaidi is also a revered DJ known for rocking parties globally, whilst his solo catalogue spans tons of EPs and releases for labels such as Dego's 2000 Black, Alex Nut's Eglo Records and Theo Parrish's Sound Signature. This new album 'Don't Rush The Process' opens with an intro of sweet strings on 'Mystery Solved', ahead of lead title track, which is on a mid-tempo boom bap vibe, before switching to a more uptempo boogie vein, with the assistance of The Easy Access Orchestra, who also appear on 'We Chillin' Out', which is on a similar boogie tip. 'All I Need' is some gospel flavored hip hop, whilst 'Knocknee Donkey' steps things up in a jazz-funk fashion. The second half of the album takes on a very Brazilian flavoured stance, with a set of delicious latin flavored grooves on 'Any Flavour', 'Runnin' Tru', 'What A Dream' and 'Sooretama', the latter featuring the additional prowess of pianist Robert Mitchell. There's a touch more of the hip hop beats thrown in via 'Funky Fool' and the album closes out in inimitable Kaidi style with a short message: 'Mind Yourself'.A hugely prolific artist, here he adds to an already impressive catalogue, a body of work that falls within the cracks of jazz and dance music, exemplifying modern British black brilliance; uncompromising, innovative, groundbreaking, intricately sophisticated and deeply funky. His fan base expands on every release and it's no surprise that that fan base includes a diverse set of peers such as Madlib (ahead of his time), Gilles Peterson (a key part of an entire movement), K15 (a limitless source of inspiration) and Kyle Hall.
This website uses cookies to personalize content and analyse traffic in order to offer you a better experience.
I accept Learn More
back to top