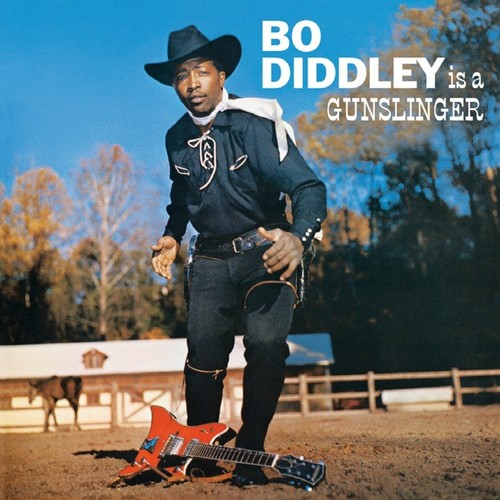 Reissue. Bo Diddley Is a Gunslinger is the fifth studio album by American rock and roll pioneer Bo Diddley released in December 1960 by Checker Records. The album title comes from the album's first track called "Gunslinger" and the cover art has Bo Diddley dressed in Western-style clothing. The songs for Bo Diddley is a Gunslinger were recorded from October 1959 to February 1960. Several tracks of interest are "Sixteen Tons" which Bo was supposed to perform on The Ed Sullivan Show, the title track, and "Diddling" (an instrumental between guitar and saxophone).