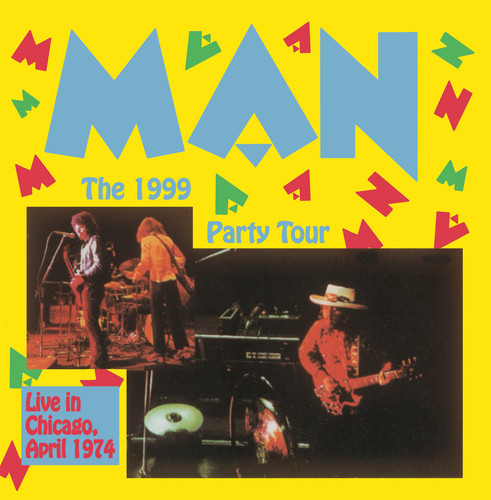 Live archive release. Man is one of the most iconic British bands of the last half century. The Man band first came together as the Bystanders in 1964. The band were one of many pop bands in the '60 that were trying to climb the ladder of success and managed to release many singles during the period between 1964 and 1968. The band became Man when Deke Leonard from another Welsh band The Dream joined and the band signed to Pye records. The music that the Man band performed however was very much removed from the pop sensibilities of The Bystanders and more in keeping with the West Coast sound of American bands such as The Quicksilver Messenger Service. The band would record two albums for Pye (Revelation and 2ozs Of Plastic With A Hole In The Middle) before leaving the label to sign with the more progressively minded Liberty records in 1970 and were to remain with the label until 1976 when they signed with MCA. Following the deal with MCA the band released just one more studio album (The Welsh Connection) before announcing their decision to call it a day following one more tour that would be recorded and finally be released as All's Well That Ends Well. Throughout the seventies the band had undergone a number of changes with members coming and going at an alarming rate with Deke Leonard leaving and joining and Martin Ace leaving and also returning briefly. During the years that followed the split the various members all concentrated on solo projects however in 1983 the band decided to re-form and head out on the road and play gigs and record again. And they were just as good as ever, as you can hear on this extraordinary slice of vintage British head music