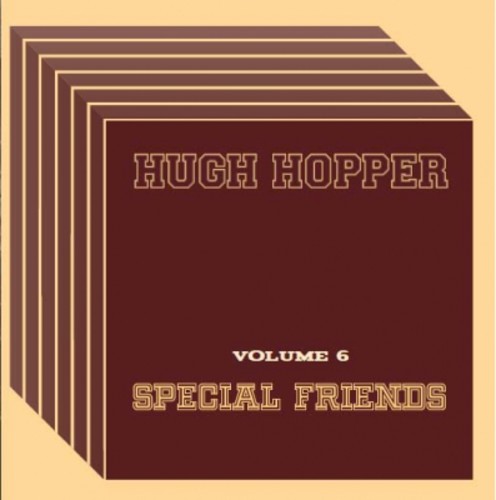 This is the sixth of a ten part series compiled by Michael King, a Canadian Hugh Hopper Scholar. He writes: "My first encounter with the music of Hugh Colin Hopper backdates to the summer of 1976. While visiting a friend I was intentional played a record titled Volume Two from a British rock group about whom I knew little, The Soft Machine. The experience was staggering and prompted a radical reappraisal for the conventions I had been conditioned to accept as 'Progressive'. Once smitten I undertook to follow and purchase a spate of seriously inventive record albums that Hugh Hopper released and appeared on, namely; Hoppertunity Box, Rogue Element, Soft Heap, Cruel But Fair and Two Rainbows Daily. Throughout these works I found Hugh's textural bass guitar by turns anchored and animated the music with ample good taste. Here was a rarefied musician who avoided overplaying his instrument in favour of approaches reflecting his personal musical Zen". Technically, by processing his bass guitar with fuzz box, flanger, wha-wha, octave pedal effects, his use of tapes loops, and latterly computer programming, Hugh constructed multilayer soundscapes with great attention to detail. His creative template embraced aesthetics well beyond the orthodox roles assigned to the bass guitar and it's practitioner.