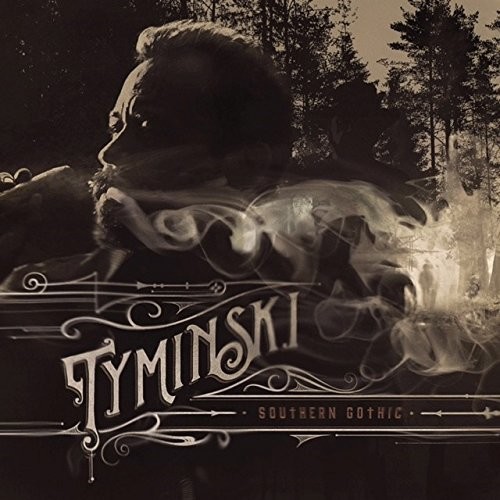 Tyminski (Dan Tyminski) will release Southern Gothic October 20 on Mercury Records Nashville. All 13 tracks on the album were co-written by Tyminski who describes the album as holding up a mirror to society without judgment or opinions. What started out as songwriting for other artists, resulted in the 14-time Grammy winner finding himself jealous to give up the songs he was writing and realizing that he had an opportunity to explore these songs within his own project.

The Rutland, Vermont native is one of the premier vocalists in modern acoustic music. As a child, he was drawn to Southern singers including Jimmy Martin, Ricky Skaggs and Tony Rice and found himself not only mimicking their southern singing voices but also teaching himself how to play banjo by ear. A 25-year member of Alison Krauss’ Union Station, he is also the singing voice of George Clooney’s character in the film O Brother, Where Art Thou? for which he won two Grammy Awards including Best Country Collaboration with Vocals for the single “I Am A Man of Constant Sorrow” and Album of the Year for the soundtrack which sold over 10 million copies worldwide.

In 2014 after lending his vocals to Avicii’s international pop hit “Hey Brother,” which went #1 in at least 18 countries and has global streams of over 1.1 billion and downloads of 5.3 million, Tyminski began to realize that he could fit outside of his acoustic music box. Working with producer Jesse Frasure (Thomas Rhett, Lauren Alaina) and top songwriters including Sarah Buxton (“Stupid Boy”), Josh Kear (“Need You Now”), Cary Barlowe (“American Honey”), Andrew Dorff (“Neon Light”) and Amy Wadge (“Thinking Out Loud”), Tyminski has crafted an American quilt of music that is a melding of genres and in which the symbolism of light and dark seem to always be at odds.

“I feel that the light and dark in this record are truly my journey, my personal journey in life,” explains Tyminski. “I think we all feel that whisper from each side of your shoulder, someone saying, ‘yeah do it,’ or ‘no don’t do it.’ I have an enormous struggle with that in my life, but it’s something that I’m aware of. I try to make sure that I understand what the right voice is. I don’t make quick decisions because light and dark, in my opinion, can often look very similar.”