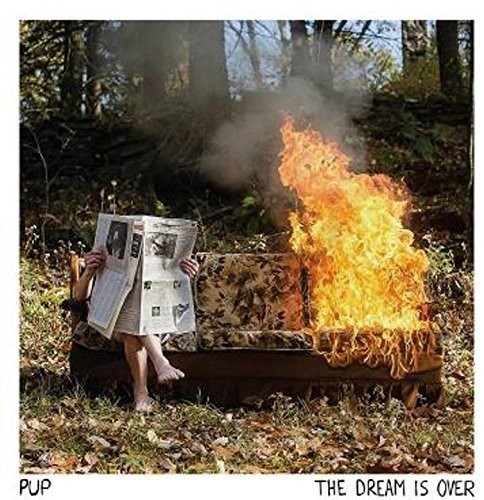 The Dream Is Over [LP]
Artist: Pup
Format: Vinyl
New: Not in stock
Wish

2016 album from the Toronto-based band. The Dream Is Over is the long-awaited follow-up to their self-titled 2012 debut album. In December 2013, Pup signed with SideOneDummy Records and released their self-titled debut album in the United States. The group was in the studio in late 2015 recording The Dream Is Over. Pup is made up of four childhood friends who went to elementary school together. They originally called the band Topanga but changed the name just before the release of their first record after learning that the franchise was set to be rebooted by Disney. The name PUP is said to be an acronym for Pathetic Use of Potential.