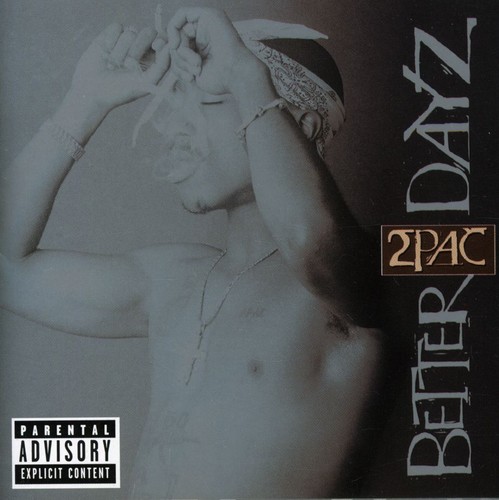 ''Better Dayz'' is the third posthumous album by late American rapper Tupac Shakur, and the last so far to be a double-album.

It was released in November 2002, debuting at number 5 on the Billboard 200. This album consists of a collection of unreleased material and remixed songs from Tupac's "Makaveli" period while signed to Death Row Records, and was produced by Johnny "J", Jazze Pha, Frank Nitty, and E.D.I. of Outlawz. Tracks include "My Block (remix)," "When We Ride on Our Enemies," "Catchin' Feelins" and "Never Call U Bitch Again". It also includes "Military Minds" which features Boot Camp Clik members Buckshot and Smif-n-Wessun (credited as Cocoa Brovaz) which was supposed to be part of a collaborative album between Shakur and BCC titled ''One Nation'' but was never officially released due to Shakur's death. It features 23 unreleased recordings including remixes from the period of 1995-1996 along with some of Shakur's input for the album before his fatal shooting with appearances by Nas, Outlawz, Mýa, Jazze Pha, Ron Isley, and Tyrese, among others. The hit single, "Thugz Mansion," comes in two versions: the Nas acoustic version, on which the music video is based, and a hip-hop version featuring Anthony Hamilton. On January 31, 2003, it was certified 2x Platinum in the U.S. The album was also certified 3x Platinum in Canada (300,000 copies) May 2003. The track "Ghetto Star" has appeared on the soundtrack to the video game 25 To Life. - Wikipedia