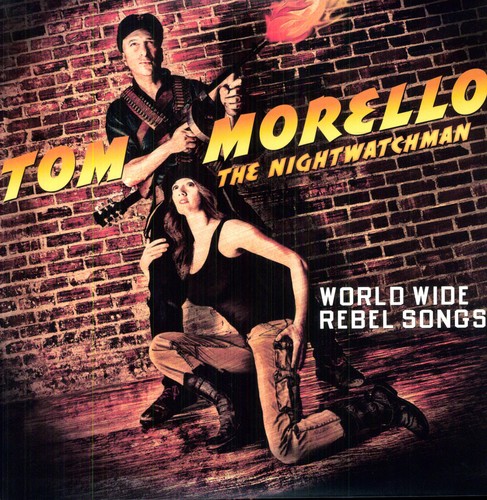 Vinyl LP pressing. 2011 solo album from the Rage Against the Machine guitarist. This self-produced effort is a change of pace from the usual acoustic offerings of past Nightwatchman albums, with the record featuring a full electric backing band called the Freedom Fighter Orchestra. In describing the record, Morello states, 'Troubled times call out for troubled songs. World Wide Rebel Songs is an album of rousing hopelessness and this time the Nightwatchman has brought along his electric guitar to tip the scales. I wanted to capture a vibe midway between Johnny Cash and Che Guevara, murder ballads and Molotov anthems.'
back to top