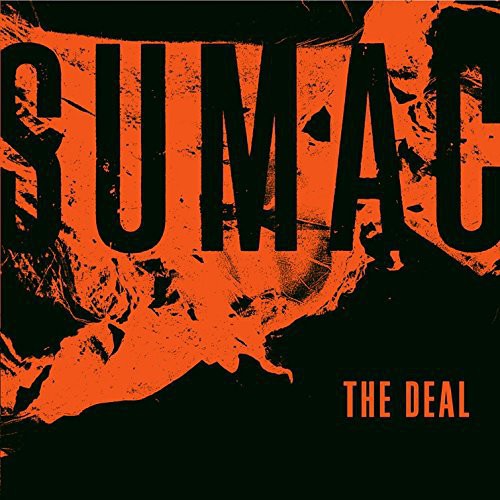 2015 album from this band made up of veterans Aaron Turner (Isis, Old Man Gloom, Mamiffer) and Nick Yacyshyn (Baptists), who also happens to be Dave Grohl's new favorite drummer. Bass player Brian Cook (Russian Circles, Botch, These Arms Are Snakes) joins the duo as an auxiliary member on the Deal, the group's debut album of steamroller crush and methodical, free-range technicality. Sumac came into being when Turner had the urge to revisit his roots-the forward-thinking heavy music sound of early Isis and Hydra Head Records output-and take these influences in wholly new directions. He found the ideal partner in drummer Yacyshyn, who employs his impressive drumming talents to the fullest extent in the project. The pair entered the studio in late Summer 2014 to track the Deal with engineer Mell Dettmer (Wolves in the Throne Room, Sunn 0))), etc.), where bassist Cook laid down the pulse. The album was mixed by Kurt Ballou of Converge at Godcity Studios and mastered by Mikka Jusslla at Finvoxx Studios in Finland. The Deal stands on it's own as the crushing, colossally heavy work of a full-time band-not simply a one-off side-project.