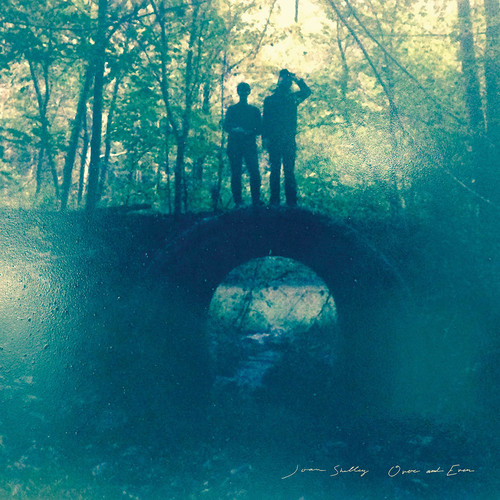 Joan Shelly's new album, Over And Even, was written in the back of an abandoned beauty parlor on the island of Thessaloniki. The whole thing had something to do with Vashti Bunyan. That's what Joan told me, but Joan Shelley is a poet, so she makes things up. In a small, dark room that smells of expired hair-do chemicals, there is talk of hypnosis. All the windows are blacked out. "Look into my eyes." White walls are blinding in the ancient sunlight. A bowl of oranges shines like solid gold, waiting for you. There is a small classical guitar, a sunburn, and a key that turns a lock, and songs come pouring out. Maybe the Greek deal was really about Leonard Cohen. That's Joanie's jam: songs wide open enough to let the wind blow the curtains around, and solid enough to hang a ton of heartache on. She writes smart, beautiful songs full of poetry, history, mystery and nature. Like all the best sad songs, they will make you cry. Then they will drag you outside and leave you flat on your back, staring up at the stars.

Joan lands on a note like a laser beam on a diamond. Colors fly around the room, and her voice bends between them. People say her voice reminds them of Sandy Denny. It's more than the vocal range. It's a quiet power that draws you in. Maybe Over And Even wasn't written last winter on a Greek island. Maybe these songs were written a hundred years ago in a farmhouse somewhere in Kentucky. That's where Joan is from, and that's where she and guitar player Nathan Salsburg recorded all the basic tracks live. All the people who played on Joan's new record -- and Daniel Martin Moore who recorded and engineered it -- are friends. That comes through somehow in the sound of the album. Will Oldham and Glen Dettinger are genius harmony singers. They leave the perfect amount of space for microscopic shifts in Joan's voice, without sacrificing their own awesome idiosyncrasies. Nathan Salsburg's guitar follows every twist of the melody. When the song breaks your heart in two, Nathan is there with a high E-string to sew it back together. Joan Shelley's voice flows out like a river. It never travels in a straight line. It follows bends and curves carved by history. We are all lucky just to be swept away, and go with her wherever she's going. "But it's not over by half There's a gold in your eyes blooming out through the black And you're still standing, your hand on the map No its not over, not over by half" the end.