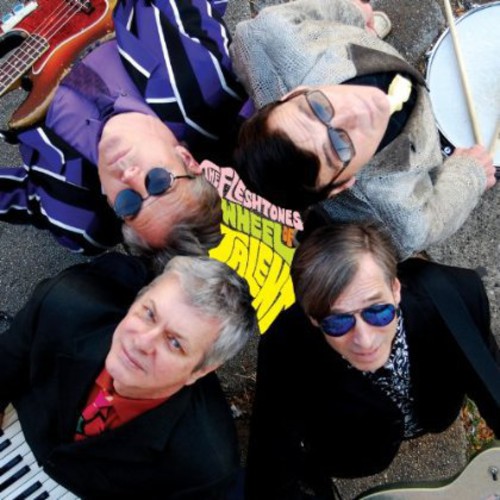 Wheel Of Talent
Artist: The Fleshtones
Format: CD
New: Not in stock
Wish

2014 album from the veteran Garage Rock band. The Fleshtones are well into their fifth decade of making believers out of the most jaded naysayers with their mongrel stew known as Super Rock. Dubbed America's Garage Rock Band and the Kings of Garage Rock, The Fleshtones have been the subject of books and movies as well as amazement from fans and detractors alike. Recently the band has seen much touring, collaborative work on the Mondo Zombie Boogaloo album and tour with Los Straitjackets and Southern Culture on the Skids, and a 45 featuring vocals from the lovely Mary Huff. Wheel of Talent, features 13 new tracks full of fuzz guitar and Farfisa organ riffs to satisfy everyone's Surf - Garage - Rockabilly - Soul needs.