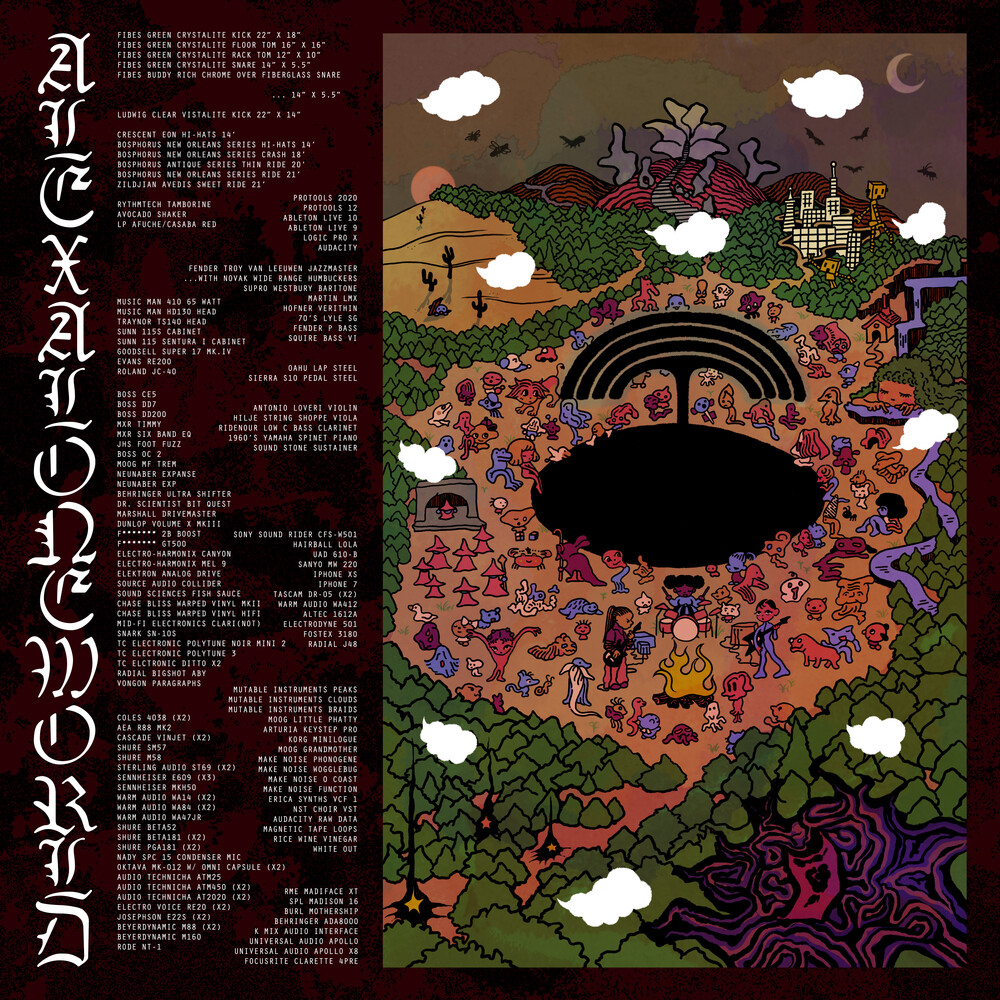 The sounds of alexalone will usher you into warm, fuzzy, lonely spaces, then shock you alive with pulsing energy. But, alexalone's first full length album, ALEXALONEWORLD, isn't merely about the sound, it is an exercise in world building, and a portrait of the artist cradling and nurturing their emotions as they create, navigating labyrinths of pain as they search for exits, and hoping for a haven where they can survey the damage and regroup. ALEXALONEWORLD's gravitational center is Alex Peterson's (they/them) musical vision and authorial voice, the wayfarer through a forest of moods. Though Peterson is no stranger to performing with other musicians, as a live member of both Hovvdy and Lomelda, when alexalone were highlighted in NPR's 'The Austin 100' in 2018, Peterson was still recording music largely as a one-person band, layering and looping to generate the "big, billowing, shoe-gaze epics" praised by NPR's Stephen Thompson.The album is fueled by Peterson's passion for making music and their personal experiences facing systems of oppression. Peterson found inspiration in the worlds built by Tolkien, Murakami, absurdist graphic novelist Inio Asano, and Zelda video game designers, among other artists who manage to envision worlds where agony merges with playfulness as characters traverse metaphysical spaces. Musically, they draw inspiration from Low, Boris and Yo La Tengo, among other bands who tease out paradox through sound, and who continually seek new creative terrain. Alexalone isn't afraid of descending into dark painful places, but they are also always up for play. Like the best existentialists, they imagine Sisyphus happy.
back to top