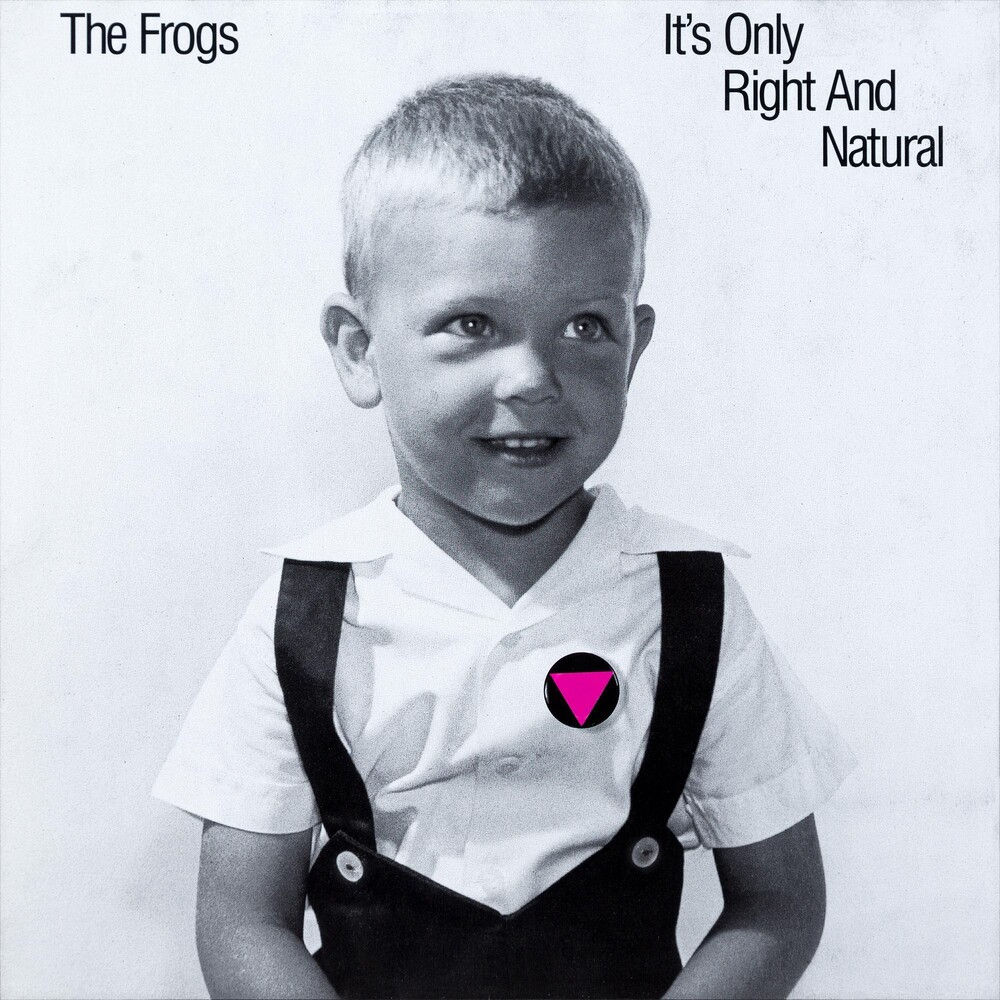 It's Only Right And Natural
Artist: Frogs
Format: Vinyl
New: Not in stock
Wish

Vinyl LP pressing. "In 1980, two brothers from Milwaukee named Jimmy and Dennis Flemion formed a band called The Frogs. Eight years, a few thousand dollars, and a self-titled debut album later, they took a call from Gerard Cosloy of Homestead Records. Cosloy wanted to sign The Frogs, but he wasn't interested in their album. Instead, the then frontman of Big Black, Steve Albini, had passed him a tape of The Frogs' brilliantly funny, mostly improvised and home-recorded songs about things like child abduction and homosexuality, and Cosloy wanted to put those out instead. 1989's gay supremacy record It's Only Right And Natural... won The Frogs the patronage of some of the biggest stars [Kurt Cobain, Smashing Pumpkins, Beck, Eddie Vedder] in what people, at the time, had no qualms calling alternative rock" (Vice). The band were chosen by Animal Collective to perform the long out of print album in it's entirety at the All Tomorrow's Parties festival they curated in May 2011.