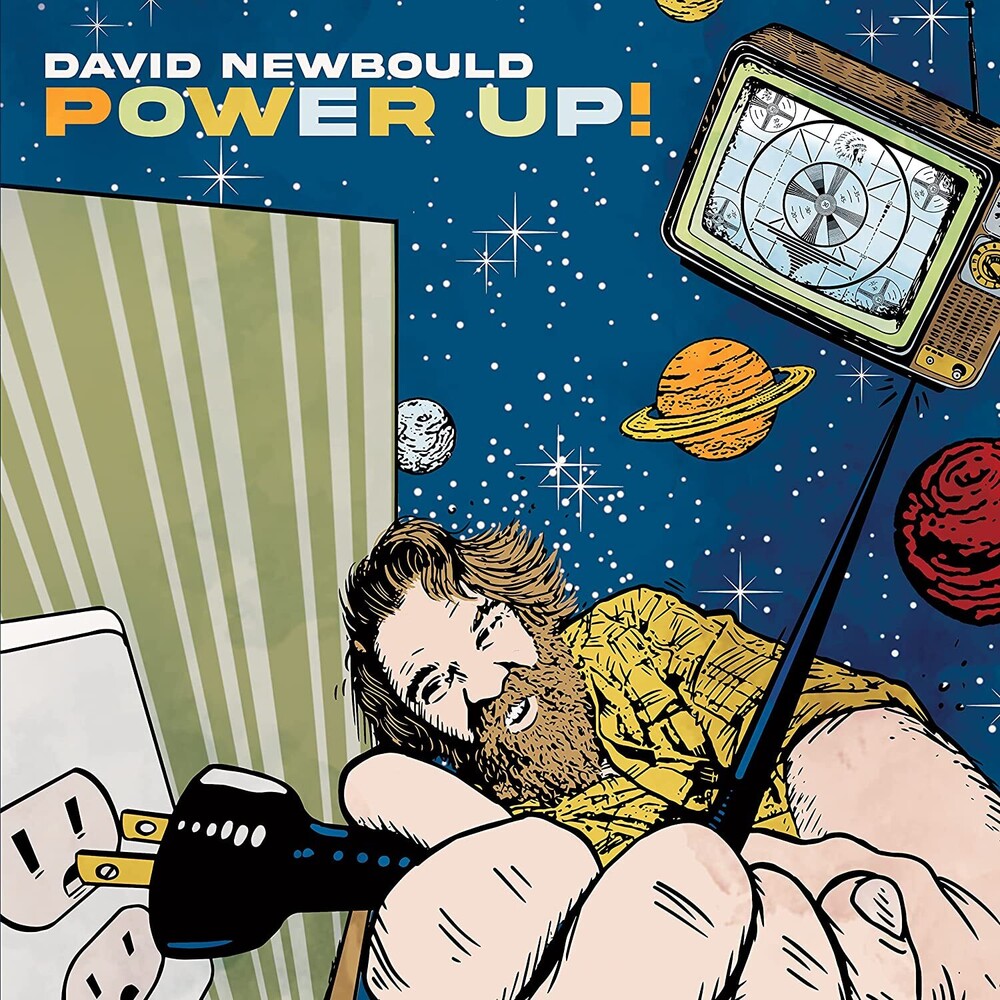 David Newbould is a lifer. Since kickstarting his career in 2007, he's made his mark as a heartland roots-rocker, Americana artist, and amplified folksinger, writing songs that chart the ups and downs of an adulthood often spent onstage and on the road. He turns a new page with his fourth full-length studio album, Power Up!, a record whose messages of persistence and unshakeable survival are driven forward by the grease, grit, and guitar-driven swagger of rock & roll. Recorded with producer/collaborator Scot Sax (Wanderlust) during a global pandemic that brought both musicians' schedules to a halt, Power Up! Is an album for the modern moment. These are songs about taking stock of the present, counting one's blessings, and putting one foot in front of the other. Newbould recorded the tracks in a makeshift basement studio in Sax's Nashville home, with the two musicians separated by a pane of glass for health's sake. Sax played drums, bass, and other instruments, while Newbould handled lead guitar and vocal duties. They worked together as a self-contained unit, only reaching out to friends like Newbould's live band and Americana Music Award-winning violinist Kristin Weber (who contributed to the album's cover of Crystal Gayle's "Ready for the Times to Get Better") for guest appearances. Steadily, Power Up! #took shape during six months of quarantined recording sessions. "We both love albums from the 1970s, when artists had total freedom in the studio and were pushing boundaries, experimenting with sounds, and having fun," says Newbould. "That's the vibe we achieved with this album, too. It's a basement rock & roll record. Some guitar solos have mistakes in them, but they have a vibe, too, so we kept them. Some drum tracks were recorded with an iPhone. We didn't get too precious with it." "Fidelity is an interesting thing," he continues. "You want your album to sound sweet, but you can get diminishing returns if you try to get more than what's there. We were in a garage. We maxed out what we had and it felt just right to me - and honest. There are a million records out there. The only way you can connect with anyone who hears it is by being as you as you can be. We were just doing what we had to do to make an album during a crazy time, between homeschooling our kids, supporting our wives, and keeping ourselves from going crazy." The result, he says, is an album that's "dirtier-sounding than much of what I've put out. It feels like a garage to me. There's not a whole lot of daylight?to it."
This website uses cookies to personalize content and analyse traffic in order to offer you a better experience.
I accept Learn More
back to top