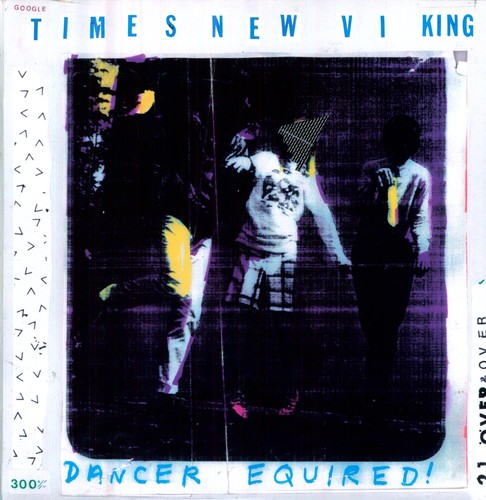 Contrary to popular belief, the members of Times New Viking are not art school dropouts; they're art school graduates. And rather than follow the path of stuffy galleries and regular unemployment, they chose to start a band. Times New Viking, consisting of Beth Murphy on keyboards/vocals, Adam Elliott on drums/vocals, and Jared Phillips on guitar, began inconspicuously in 2003 when it was particularly out of vogue to do it yourself. From their first noise-crusted basement tapes that coaxed Siltbreeze Records founder Tom Lax from retirement to indie-elite Matador Records, Times New Viking's star rose while they still sounded like the best Messthetics one-off you always wanted to keep to yourself. Dancer Equired, the band's first album for Merge, is a return to the hive, even if the record's creation was out of their usual boundaries. It should be known that for the first time, the trio escaped to a studio, namely Columbus Discount Recording and the famed Musicol, during the summer of violence. With the help of Adam Smith and Dustin White, Times New Viking recorded and produced an album sounds like a mellow night out. Though it abandons the pissy histrionics of the past, the record retains the loud, brash, mammoth guitars but also magnifies the bright, beautiful traits the band has nurtured since the beginning.