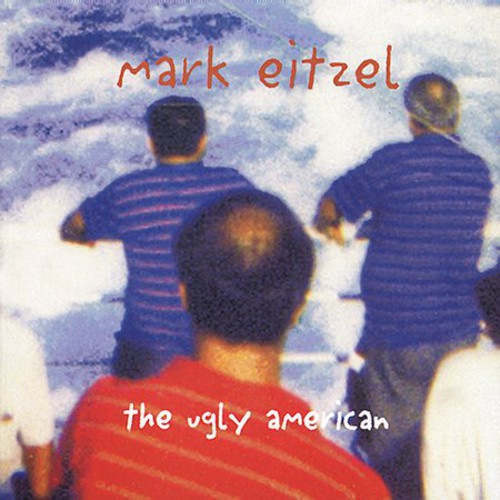 During his 15-year career, both as a solo artist and leader of indie faves American Music Club, Eitzel established himself as one of the greatest songwriters of his generation. "The Ugly American" draws from the span of his career and also presents two new compositions. A truly special project, it was recorded in Greece with a group of traditional Greek musicians, and Greek composer/producer Manolis Famellos contributed some arrangements. The results are completely natural yet entirely fresh. The textures beautifully complement Eitzel's unique voice and songwriting style. An "... engaging, bouzouki best-of"-Q Magazine.

Call Eitzel many things, but predictable is not one of them. I mean, really, going to Athens, Greece, and re-recording his old American Music Club songs in Greek style with local musicians-what's up with that? These sparkling, merely Greek-flavored versions recast Eitzel's entire career, especially his early, late 1980s stuff, in a fresh and poignant light. Respected Greek composer and producer Manolis Famellos turns out to have had an inspired idea, assembling fine players who see beautiful possibilities in songs that had a rougher, spookier, disquieting edge when they appeared 15 years ago. Harp-like mandolins, violins, and yes, bouzouki and tzouras positively dance as if to charm snakes in these lush treatments. And hey, if this album wasn't the inspiration for the news that American Music Club has reformed and are finishing their first LP in nine years, it does highlight why one anticipates that LP so highly. This LP is the perfect momentum into that reunion that with the merest similar spark could produce more magic,