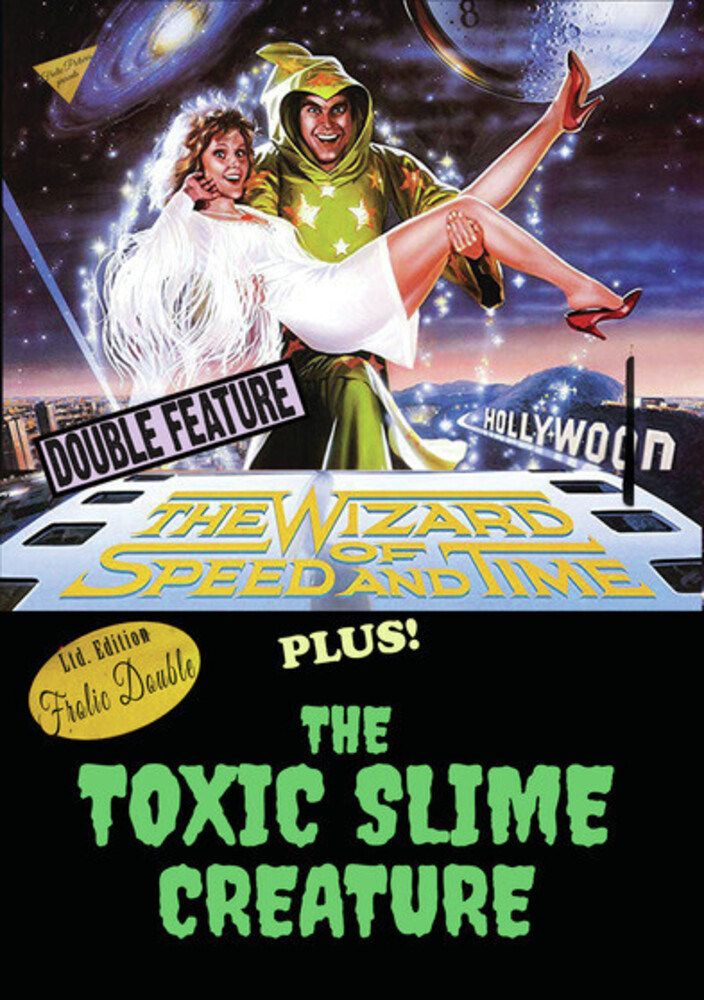 In The Wizard of Speed and Time (1988), a Hollywood filmmaker makes a short for an evil film studio. Unbeknownest to him, the producer has placed a large bet he will fail. In The Toxic Slime Creature (1982), trapped at work by a nearby train crash that has released toxic fumes, warehouse workers also have to survive a toxic slime creature!