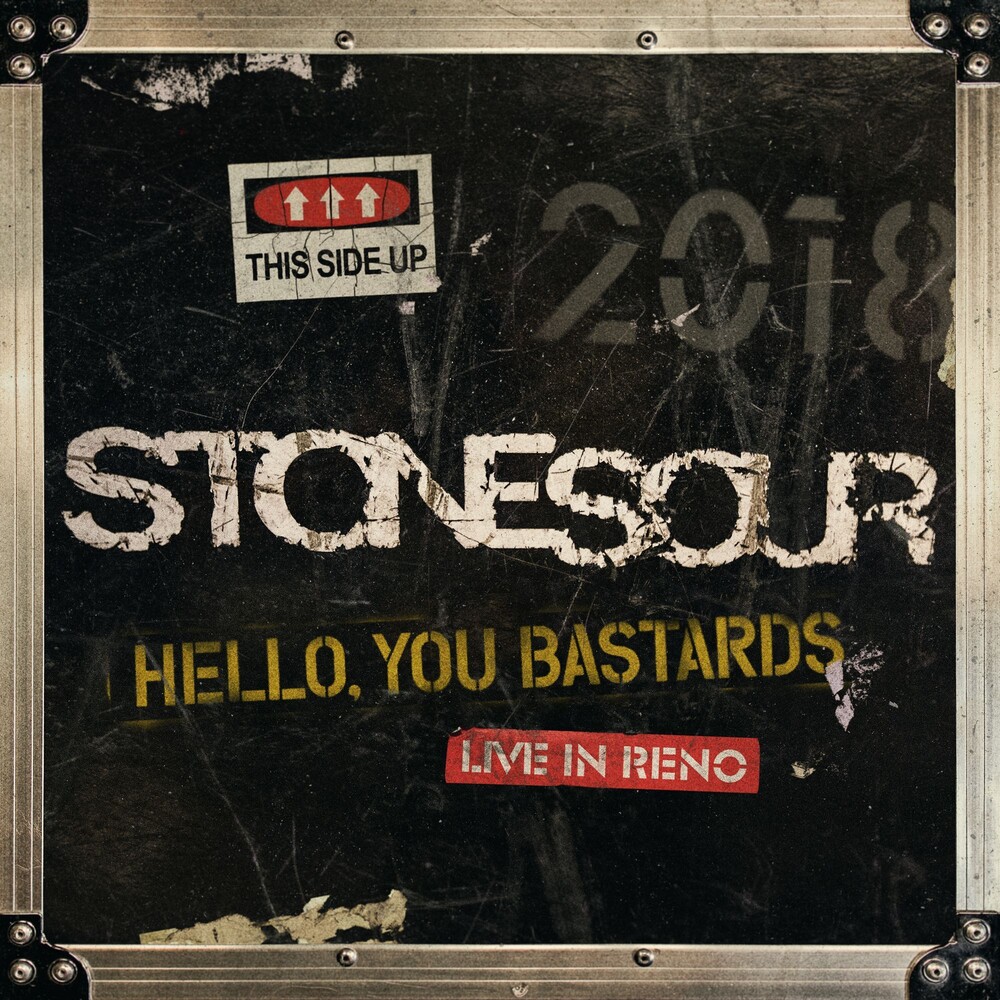 Hello, You Bastards: Live In Reno is the first official live album from Stone Sour, the Grammy-nominated, multi-platinum rock group led by Corey Taylor (vocals) and Jim Root (guitar) from Slipknot. Recorded on their most recent tour in late 2018, the 180g vinyl 2LP collection features 16 of their greatest hits including "Through Glass," "Bother" and "Song #3." Guitarist Josh Rand says, "It's with great pleasure that I get to announce the first ever official Stone Sour live record release. This is the Reno show in it's entirety, just how it went down on October 5th, 2018. We're extremely proud of the fact that it's 100% live with absolutely no overdubs! It's not perfect but neither are we. As a collector myself, I wanted this limited edition release to be very special. The vinyl is pressed on 180g, giving you the best audio quality possible, and is limited to 2500 copies worldwide. I hope you enjoy this as much as we did playing it."