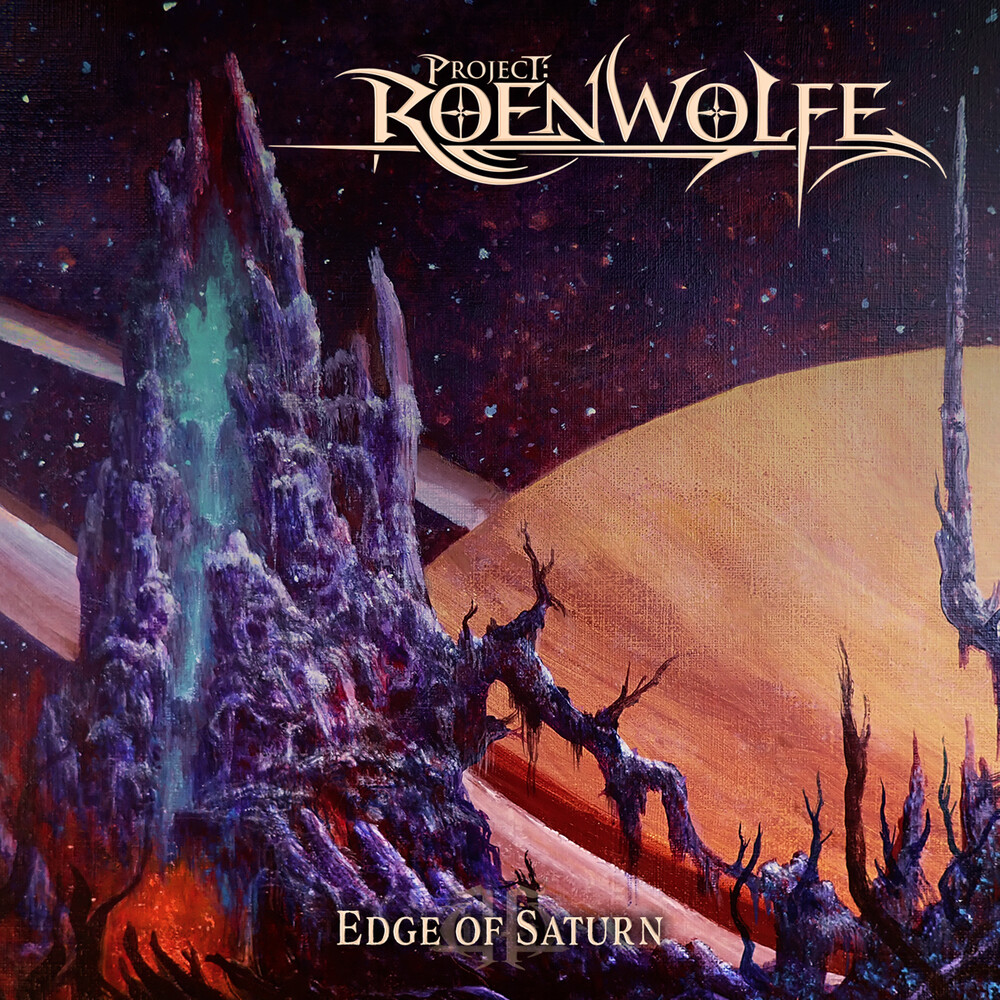 An all-too-long seven years down the line from their promising debut, PROJECT: ROENWOLFE is back and better than ever, announcing the forthcoming release of long-overdue sophomore outing, Edge of Saturn. Co-founders Patrick Parris (vocals) and Tony Cordisco (guitar, bass) are joined by drummer Ernie Topran (THEOCRACY, ex-HALCYON WAY) to strengthen the manifestation of their vision for crunchy-yet-melodic thrash metal with epically soaring vocals-perfectly suited for fans of NEVERMORE, FORBIDDEN, CONTROL DENIED and ARTILLERY.Edge of Saturn-a nine-song, 50-minute affair-is a skillfully diverse effort that never favors variety or complexity over the sheer power of memorable, high-energy songwriting. Lyrically, the album explores both the personal and the political, often through the creative lens of science fiction-be the concepts originally penned or inspired by literary legends such as Lovecraft, Shelley, Simmons, and Sapkowski. The title track, in fact, is a direct continuation of Neverwhere Dreamscape's "Split the Rings of Saturn" storyline, with the intention of expanding the saga across future recordings.Divebomb Records is thrilled to once again partner with PROJECT: ROENWOLFE for the 2021 release of Edge of Saturn. The album's markedly improved production and laser-focused songwriting boasts a level of quality and professionalism that raises PROJECT: ROENWOLFE toward the plane of the very luminaries that have inspired them-sure to stun former fans and newcomers alike!
back to top