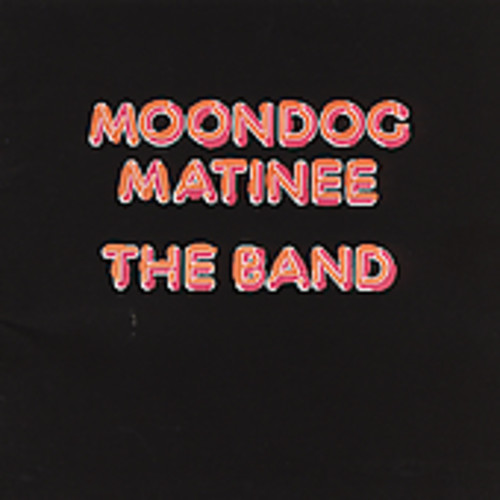 ''Moondog Matinee'' is the sixth album by Canadian-American rock group The Band released in 1973. It consists entirely of cover material taken from the group's love of R&B and blues music with one exception in their interpretation of the theme from the film ''The Third Man''.

The idea had been to replicate the group's setlists of the mid-'60s when they had been known as Levon and the Hawks playing clubs throughout Canada and the United States. Of course, the final result was far from that. Of the ten tracks, only one, "Share Your Love (With Me)" had been performed by the group in the mid-'60s. The rest were merely tracks the group admired, two of them, "Holy Cow" and "A Change Is Gonna Come", chronologically coming after the group's club days.

Rhapsody (online music service) praised the album, calling it one of their favorite cover albums. - Wikipedia