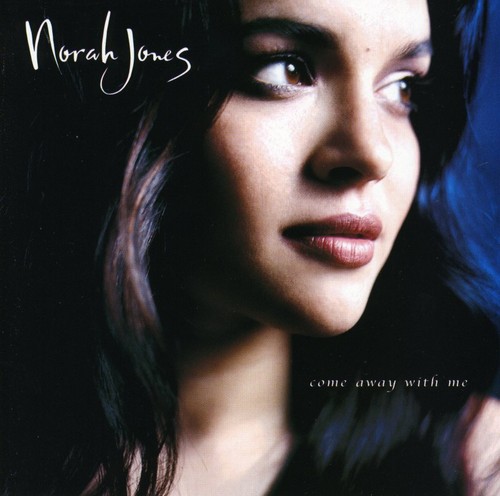 Norah Jones, with her honey-and-smoke voice, trans cends musical genres, drawing as much upon folk-ba sed pop and country as she does jazz, blues and classic soul. Production by the legendary Arif Mardin, of Aretha Franklin. Roberta Flack, and Willie Nelson fame, to name a few. Special guest include Bill Frisell and Brian Blade.

''Come Away with Me'' is the debut album of pianist and singer Norah Jones, released February 26, 2002 on Blue Note Records. Recording sessions for the album took place at New York City's Sorcerer Sound Studio and Shokan's Allaire Studios in 2001. Released on a predominantly jazz-based label and recorded with several jazz musicians, ''Come Away with Me'' has been noted by music writers for its acoustic pop style and incorporation of jazz, folk, soul, and country music elements.

The album's critical and commercial success was a breakthrough for Jones in 2002, as it reached the top of the Billboard 200 chart and several jazz charts. The album also topped many critics' "albums of the year" lists and gathered major music awards in the process, including eight Grammy Awards. Following initial sales, ''Come Away with Me'' was certified diamond by the RIAA on February 15, 2005 having sold over 10 million copies in its first three years of release. This album has been released with the Copy Control protection system in some regions. - Wikipedia

Singer-pianist Norah Jones, who just recorded her debut album for Blue Note,has been gaining a lot of attention in recent times. The daughter of sitar masterRavi Shankar, Jones' music crosses several boundaries. Although on oneof jazz's premier labels, she is really more of a folk singer, with someof her selections leaning more towards modern country and pop.

Jones has a haunting yet friendly voice, one that is both quite intelligentand inviting, sensuous yet thoughtful. Backed by a couple rhythm sections, Jonesis joined by a few notables along the way such as drummer Brian Blade, guitaristAdam Levy, organist Sam Yahel and guitarist Bill Frisell (on "The LongDay Is Over") but the emphasis throughout is on Jones' vocals. Sheoften overdubs herself to create two or three voices, but it sounds naturaland is not overused.

Most of the songs on Come Away With Me were written either by Jones (whocontributed the title cut and "Nightingale"), guitarist Jesse Harrisor bassist Lee Alexander. The only standards are a charming version of HankWilliams' "Cold Cold Heart" and a brief solo rendition of "TheNearness of You." The subject matter ranges from an optimistic tale ofa little girl ("Seven Years") and a lost soul ("Feelin'the Same Way") to the more basic "Come Away With Me" and "TurnMe On."

The 22-year old Nora Jones does display a lot of talent on her debut and shewill certainly grow and develop in future years. Just do not expect this tobe a jazz record!