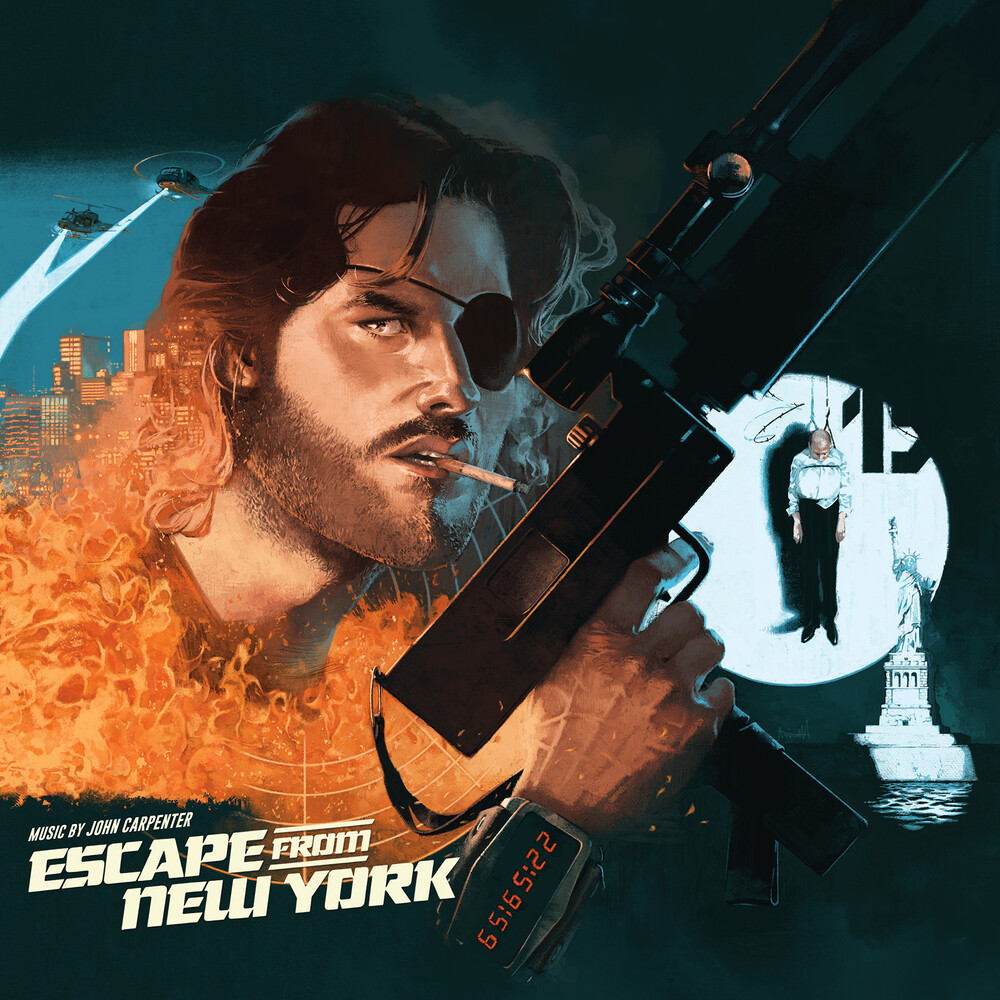 Waxwork Records is proud to release John Carpenter's Escape From New York Expanded Original Motion Picture Score. Released in 1981, Escape From New York is a science fiction action film co-written and co-scored by John Carpenter starring Kurt Russell, Donald Pleasence, Adrienne Barbeau, and Harry Dean Stanton. The film is set in the near-future world of 1997 where the United States has devolved into a coast to coast crime-ridden continent. Manhattan Island in New York City has been converted into the country's maximum security prison where criminal offenders are transported and forgotten. In an effort to kidnap the president of the United States, Air Force One is hijacked by insurgents and purposefully crashed into New York City. Ex-soldier and current federal prisoner, Snake Plissken (Russell) is given just 24 hours to go in and rescue the president (Pleasence), after which, if successful, Snake will be pardoned.John Carpenter's Escape From New York received commercial success upon it's summer 1981 release and is now considered a cult classic. The film has inspired popular video games such as Metal Gear Solid, filmmakers such as J.J. Abrams, and authors such as William Gibson.The score was written by John Carpenter and co-produced by Carpenter and Alan Howarth. Howarth used equipment including ARP and Prophet-5 synthesizers and a Linn LM-1 drum machine, as well as an acoustic piano and Fender guitars, to create the palette of sounds used in the score, while Carpenter composed the melodies on the synthesizer keyboards. As the MIDI standard had yet to be invented, Howarth manually synchronized the equipment to picture while listening to a copy of the film's dialogue. Initial inspirational directions which Carpenter shared with Howarth included albums by Tangerine Dream and The Police.Waxwork Records is thrilled to present the expanded score album as a deluxe double LP featuring 180 gram colored vinyl, deluxe packaging, a 12"x12" twelve page booklet featuring unreleased behind-the-scenes set photography, and full album artwork by Marc Aspinall.