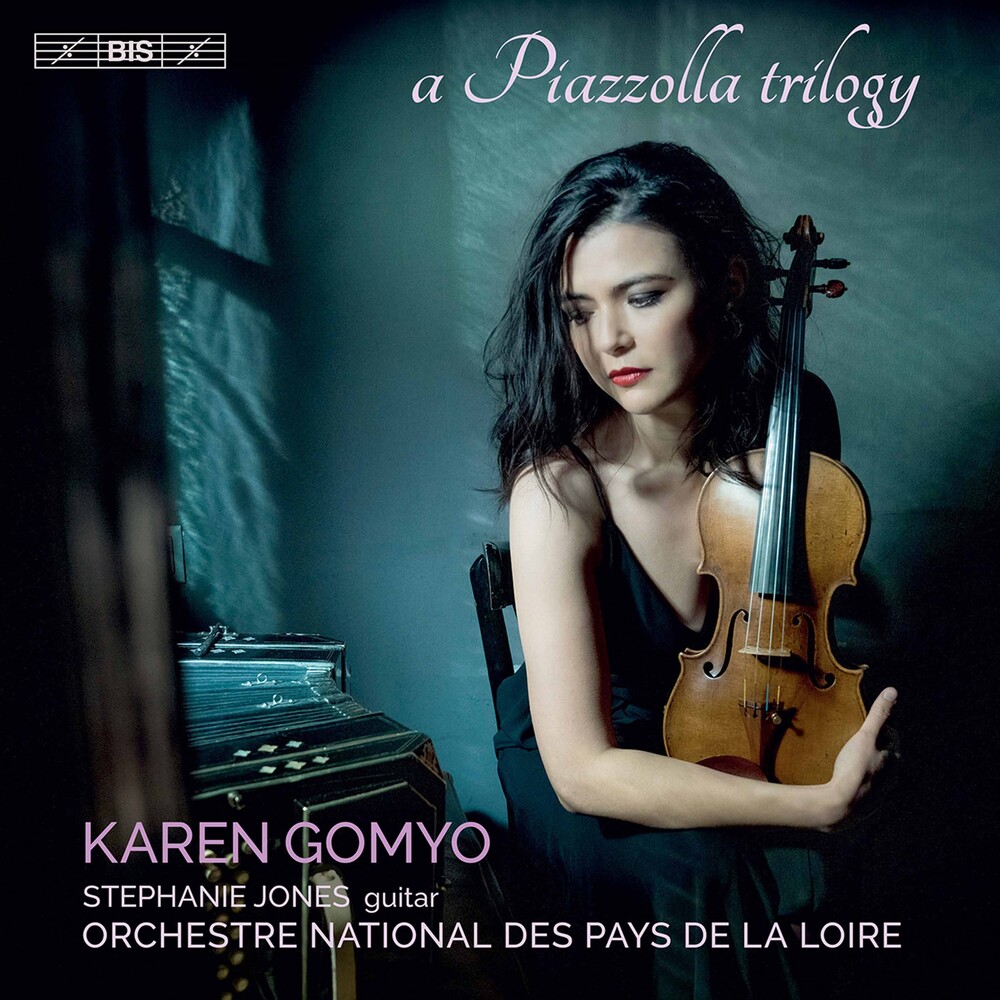 From the moment Karen Gomyo first heard Astor Piazzolla on album, at the age of fourteen, she was spellbound: 'I had never heard such a combination of sensuality, fierceness, playfulness, sadness and nostalgia.' As a violinist she found the role of the violin in Piazzolla's music especially inspiring, and soon started playing it herself - first in various group combinations, and eventually together with Piazzolla's longtime pianist Pablo Ziegler and his Tango Quartet. For the present disc she has chosen to record strings-only versions of three works originally for tango quintet (Seasons), guitar and flute (Histoire), and solo flute (Ă‰tudes). Piazzolla's Cuatro Estaciones were initially conceived neither as a suite nor as a tribute to Vivaldi's Four Seasons. Verano porteĂ±o (Summer) was composed first, as part of the incidental music for a play, with the other three following several years later. If the Seasons provide a soundtrack to the year as it unfolds in Buenos Aires, Histoire du Tango describes the development of the tango itself in four chapters - from the brothels around year 1900 to the concert halls where Piazzolla himself performed his tango nuevo. These two works frame three of Piazzolla's Tango Ă‰tudes, which Karen Gomyo performs solo, while otherwise being partnered by the strings of the Orchestre National des Pays de la Loire (Seasons) and the guitarist Stephanie Jones (Histoire).
back to top