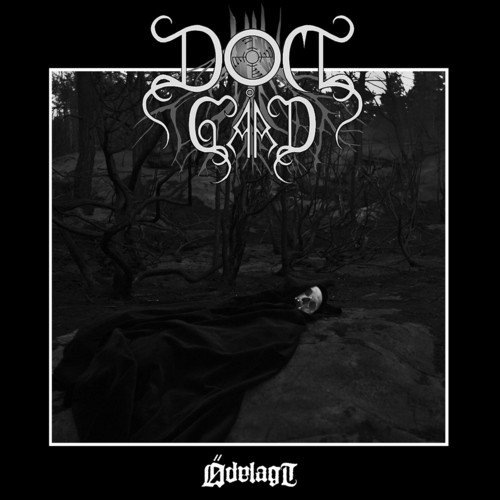 2017 release. Legendary Swedish black metal group Domgård are set to release their highly-anticipated third album Ödelagt on Carnal Records. Five long years since the release of sophomore album Myrkvidr, the Gothenburg band has returned with 12 tracks of fierce black metal in the finest Swedish tradition with a thematic focus on the dark and enlightening aspects of Germanic mythology, magic and custom. Domgård was founded in 1997 by Vindkall, Orm and Trollheim. The following years Ulv joined as a drummer and Illbrand as a vocalist. Some unofficial rehearsal demos were recorded. In 2000 three of four members were imprisoned for several years. Four years later Vindkall and Ulv recorded the demo Blodskald before Vindkall continued on his own until 2008 when the drummer Hrimner and the bass player Hraegelmir (Panphage) joined. In 2009 Domgård recorded five tracks for a split with Cursed 13 which was released on the winter solstice the same year. The following year Heljarmadr (Cursed 13, Grá, Dark Funeral) joined the trio and contributed on two full length albums, I Nifelhels Skygd (2010) and Myrkvidr (2012). Askr joined as the new bass player in 2013 and Mardröm as a second guitarist in 2014.
back to top