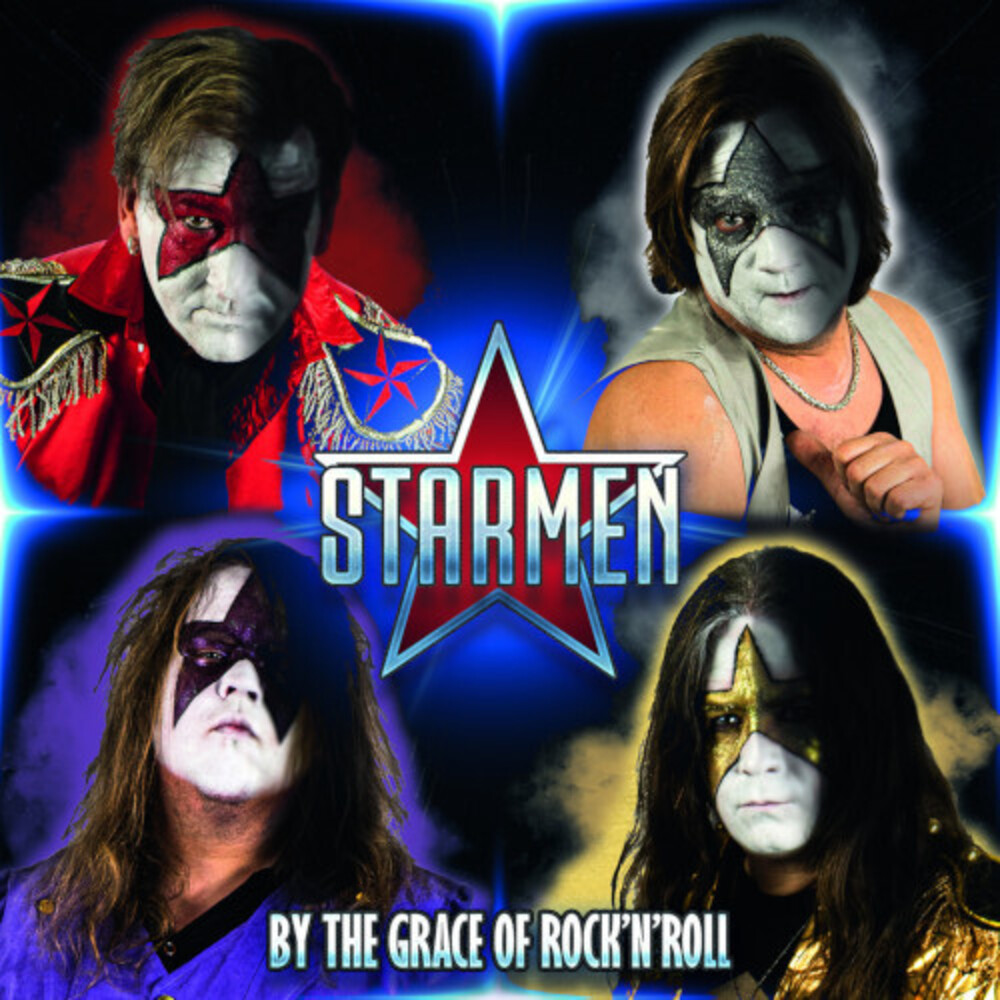 In February 2020, Starmen released their debutalbum "Welcome to My World" and followed up with a second album in July, entitled "Kiss the Sky". With brilliant reviews from all over the globe, Starmen showed the world that the band is definitely here to stay. Now the band is set to release their third album: "By the Grace of Rock'n'Roll".First single and video from "By the Grace of Rock'n'Roll" is the title track - the rock anthem "By the Grace of Rock'n'Roll" - a real crowd-pleaser that should appeal to avid fans as well as new listeners. All four members are singing lead vocals on this one. The single will be released Feburary 12th 2021 on all major digital platform, along with a music-video on YouTube. Second single and video is the smash-hit "Kisses of an Enemy", written and sung by the new band member, bassist Jonatan Samuelsson (Narnia), as Starman Gold. Due for release February 26th, 2021.Third single and video is 80s-inspired mid-tempo song "Kairi", that should attract a broader audience. Due for release March 5th, 2021.This is a band that takes their image seriously, with full make-up and stage wear that would make the rockstars from the glamorous 80s feel like home.
back to top