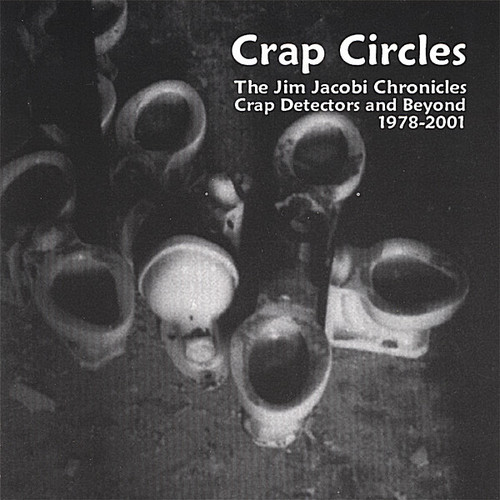 Jim Jacobi has remained true to his mission of serving up some of the best garage punk music for over 25 years. His biting sarcasm and witty lyrics that cut to the bone complement his chunky, meaty guitar licks to perfection. Jim Jacobi began recording in 1977 and released what has been known as one of the first DIY (Do It Yourself) records, called Victims of the Media in 1978. This recording was picked up by Dead Kennedy's lead singer, Jello Biafra, who named his record label Alternative Tentacles as "an antidote to the tentacles on the (Victims L.P.) cover"--possibly one of the first references to the word Alternative with music. Jacobi played all musical instruments on first L.P. and 1st 45 (1979) with the help of a drummer. He called this non-band Crap Detectors and had many incarnations in Lincoln, NE, Dallas, TX and Seattle, WA. In 1998, he returned to Nebraska and called the next bands the Joe Jakimbi Band and Jojakimbi Band as a phonetic anagram for Jim Jacobi. (Given to him by Charlie Burton in the early 80's) Now he has returned to his roots to record solo work. Jacobi has opened for Wayne Kramer (MC5) and has done gigs with a variety of Seattle, Texas and Nebraska bands. He has played festivals with Reverend Horton Heat and The New Bohemians. He has been described as "One of rocks great underrated heroes." (babysue LMNOP reviews- December 2003) "Jacobi is an 'old dog' that can teach YOU a thing or two" (Mark Lush midwestbands.com 2005) and " Lo Fi garage roots music never died, it just got a bigger garage" (J Wallace Indie Music.com 2005) 2005 Solo you can't hear it! CD Omaha, NE 2003 Get Out! CD Omaha, NE. 2002 I'm Datin' Satan! CD Lincoln, NE. 2000 Crap Circles the Jim Jacobi Chronicles 1978-2000 CD Lincoln, NE. 1999 Jim Jacobi and the Joe Jakimbi Band CD Lincoln, NE. 1998 Cat Patrol CD Seattle, WA. 1996 Hidden Agenda CD Seattle, WA 1994 A Taste for the Absurd CD Seattle, WA. 1991 Deprogramming Time is Now Cassette Seattle, WA. 1984 Cut the Crap L.P. Lincoln, NE./Dallas, TX. 1983 Diseases on Display L.P. Lincoln, NE. 1982 Crap Detector E.P. Lincoln, NE 1981 Someone's Sick/Expatriates from Reality 45 Lincoln, NE. 1980 Superficial World L.P. Lincoln, NE 1979 Police State 45 Lincoln, NE. 1978 Victims of the Media L.P. Lincoln, NE. Compilations Blimp Kitty Seattle Compilation #1, #3 & #5 Homework #8 and # 9 Hyped to Death #61 Bootlegged on Bloodstains across Midwest and Killed by Death #9 Appears on Or What! By Charlie Burton 1982 Synthesizer.
This website uses cookies to personalize content and analyse traffic in order to offer you a better experience.
I accept Learn More
back to top