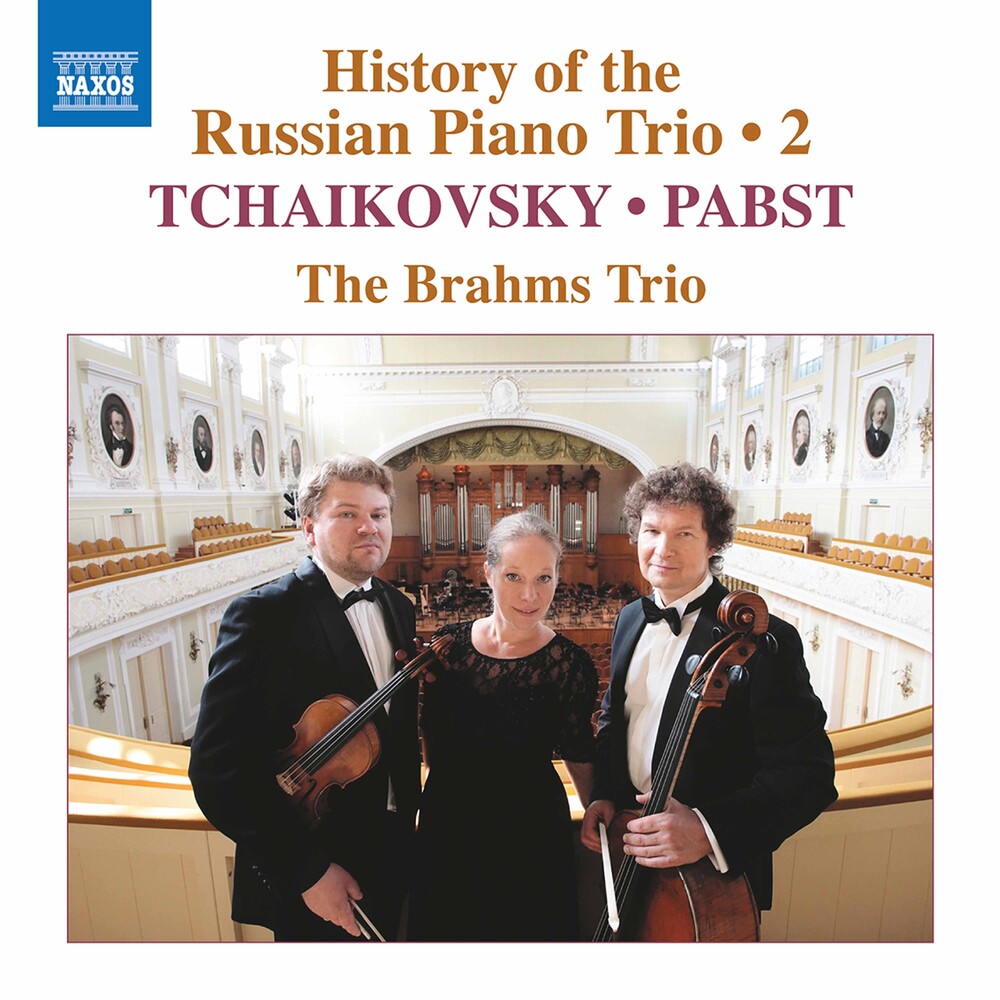 The Russian piano trio reached it's apogee with Tchaikovsky's Piano Trio in A minor, dedicated to the memory of Nikolay Rubinstein. A monumental piece in the repertoire, it is cast in only two movements, and was played at Tchaikovsky's own memorial concert two years after it's composition. Paul Pabst's Piano Trio in A major is less well known. Composed in memory of Nikolay Rubinstein's brother, Anton, it is a work of exceptional virtuosity and flowing lyricism, with unpredictable harmonies, a delightful Intermezzo and a tour de force of a Finale.