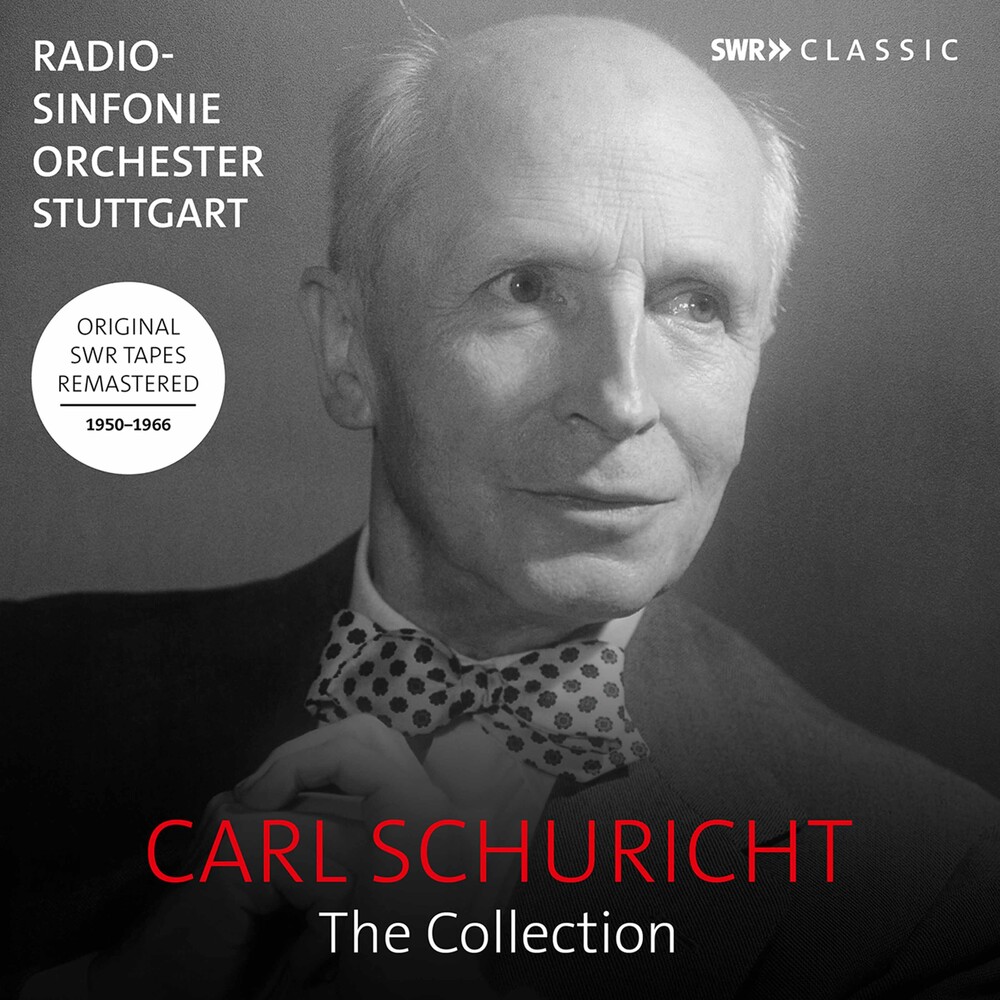 The SWR archives house around 125 recordings of the conductor Carl Schuricht (1880-1967) and thus most of his artistic legacy. This 30-album box set is a re-release of earlier SWR bestsellers and comprises Schuricht's recordings between 1950-1966. The programme included here stretches from the large symphonic repertoire of the 18th to the early 20th century via lesser known works of modern composers like Robert Oboussier and Günther Raphael. The charisma of Schuricht's interpretation skills intensified in his old age, when he seemed to prevail over his physical handicaps through the sheer strength of his artistic presence alone.