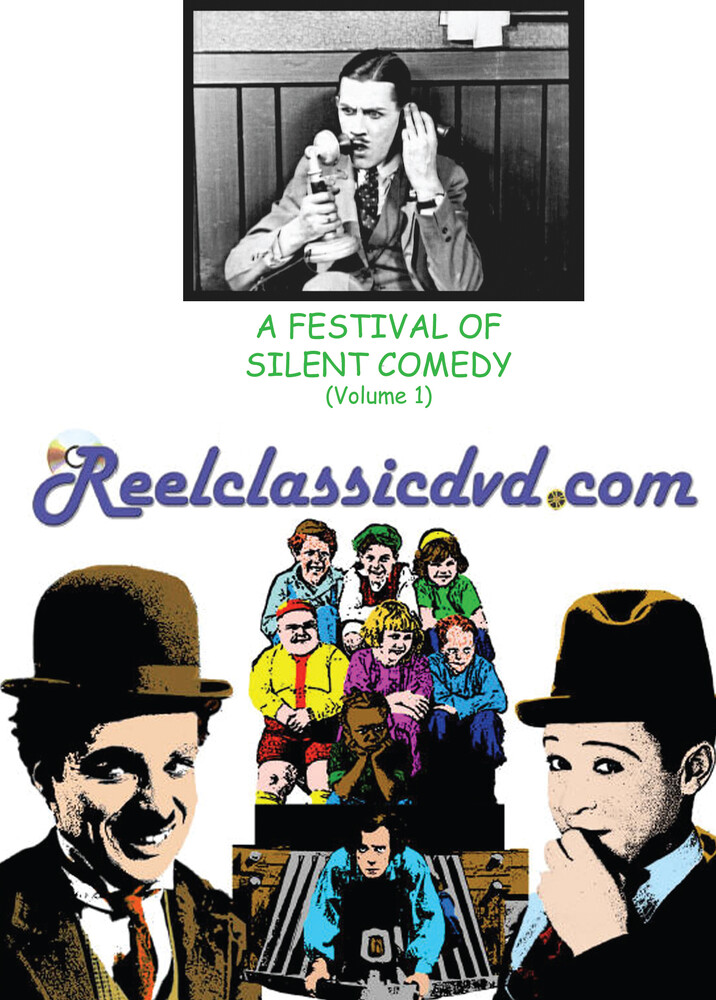 A FESTIVAL OF SILENT COMEDY (Volume 1) Six Great Comedy Shorts on One DVD! APRIL FOOL (1924) starring Charley Chase, Blanche Mehaffey and Noah Young. A hilarious little film full of practical jokes and mayhem. Made from the only original print known to exist! CAUGHT IN THE RAIN (1914) starring Charlie Chaplin, Alice Davenport and Mack Swain. Chaplin's first effort as a director. His influence is evident in this Keystone film. While there are plenty of laughs and action, the pace is not as frantic as the typical Sennett fare of the time. RECKLESS ROSIE (1929) starring Frances Lee and Billy Engle. A naughty little pre-code short from the Christie studios, it uses every excuse to show off Frances and her beautiful friends as scantily clad as possible. Guaranteed to raise your eyebrows! SMITHY (1924) starring Stan Laurel and James Finlayson. After being discharged from the army due to a bean shortage, Smithy (Stan Laurel) is hired as a house builder. The problem is he knows nothing about building houses which he quickly proves by destroying everything he gets his hands on. SOLD AT AUCTION (1923) starring Snub Pollard and James Finlayson. As a baby, Snub is left abandoned in a basket on a stranger's front stoop. Twenty five years later, he's still living in the basket! Jammed with comedy, stunts and amazing special effects for the day. A real winner! WAR FEATHERS (1926) starring Our Gang. The gang, having a great time playing Cowboys and Indians, are traveling west. Unknown to their parents, they sneak off the train in Hot Dog, a western town full of the real thing! Music scores composed and performed by Ben Model!